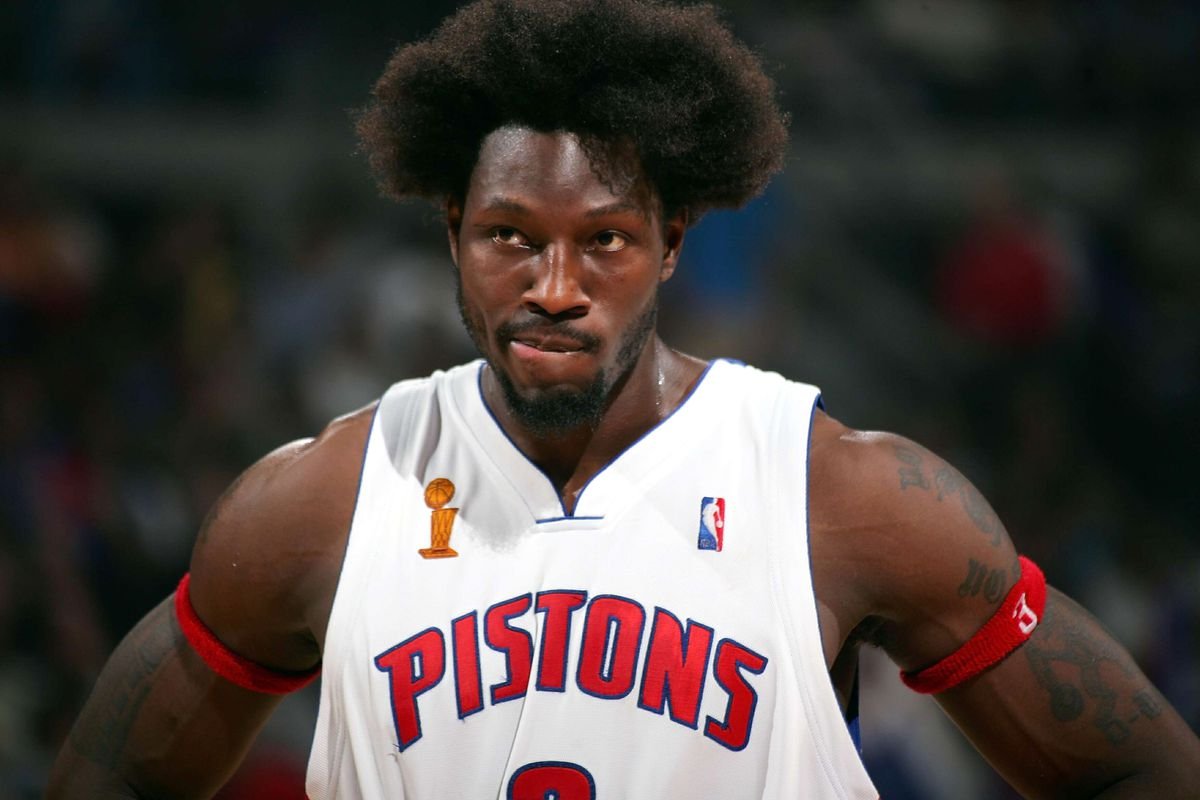 Ben Cameron Wallace is an American former basketball player who played in the National Basketball Association (NBA) league for several clubs including the Washington Bullets/Wizards, the Orlando Magic, Detroit Pistons, Chicago Bulls, and the Cleveland Cavaliers.

Born on September 10, 1974, in White Hall Alabama, Ben Wallace is currently the president of basketball operations of the Grand Rapids Drive of the NBA G League. The NBA G League is the NBA’s official minor league basketball organization.

Wallace started his basketball career whilst in college. He first played on the junior level at Cuyahoga Community College in Cleveland for two years. While at Cuyahoga, his defensive abilities were exhibited as he averaged 17.0 rebounds and 6.9 blocks per game.

He then joined Virginia Union University, a school playing in division two of the National Collegiate Athletic Association (NCAA) league where he averaged 13.4 points per game and 10.0 rebounds per game as a member of the Virginia Union Panthers, whom he led to the Division II Final Four and a 28–3 record.

After leaving Virginia, Ben was not drafted as a rookie into the NBA, he then traveled to Italy to play for the Italian side, Viola Reggio Calabria.

He came back to the United States in 1996 and joined the then Washington Bullets (now Washington Wizards) for the 1996/1997 season playing only 34 matches that season.

The following season, Ben was traded to the Orlando Magic on August 11, 1999, in a multiplayer deal for Isaac Austin. That season (1999/2000) Ben became a regular starter for Orlando Magic starting in all 81 games that he appeared in. He averaged 4.8 points, 8.2 rebounds, and 1.6 blocks for the Magic as they won 41 games. They however failed to make it to the playoffs.

At the end of that season, Magic traded Wallace along with Chucky Atkins to the Detroit Pistons as compensation in a sign-and-trade deal for superstar forward and free agent Grant Hill.

His first season with Detroit Pistons was the 2000/2001 season where he had the best season of his developing career, averaging 6.4 points per game while placing second in rebounds with 13.2 per game and tenth in blocks per game with 2.3, but the Pistons could not advance to the playoffs. The following season, Ben had even a better performance averaging his most points per game for a season yet at 7.6 points, while leading the league in rebounding with 13 per game and shot-blocking with 3.5. This strong display earned him the NBA Defensive Player of the year award. 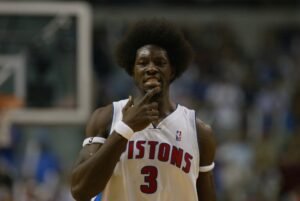 That season, Wallace played in the Playoffs for the first time in his career falling out in the conference semifinals. The 2002/2003 season would see another NBA Defensive Player of the year award for Wallace, position in the NBA All-Defensive team, and a selection of the All-NBA Second Team. That season, Pistons reached the Eastern Conference finals and could not make it into the NBA finals as they were defeated by New Jersey Nets.

Since 1990, Detroit Pistons had not reached the NBA finals and the Wallace-led team was ready to take the team back to the NBA finals. They cruised through the playoffs to set up an NBA finals tie against Champions Los Angeles Lakers which had greats like Kobe Bryant and Shaquille O’Neal.

Against all odds, Pistons defeated LA Lakers in the finals lifting the NBA title for just the third time in Piston’s franchise history and the first since 1990.

The following season, Wallace and Pistons tried to defend their NBA title and reached the NBA finals. They were however defeated by San Antonio Spurs in a crucial game seven.

The 2005/2006 season was his last with Detroit Pistons and he signed with the Chicago Bulls on a four-year deal worth $60 million. In his first season, he averaged 10.7 rebounds and posted 2 blocks per game for the season as the Bulls advancing to the Playoffs. 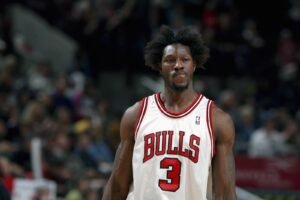 He however didn’t finish his second season with the Bulls as he was traded to the Cleveland Cavaliers in a three-team deal also involving Seattle Supersonics.

Wallace played for Cleveland Cavaliers for only one season, the 2008/2009 season averaging 4.2 points, 7.4 rebounds, and 1.7 blocks per game in the 22 regular season matches that he played in.

In 2010, Wallace announced his retirement from professional basketball after 16 years in the NBA.

In 2016, Detroit Pistons retired the number 3 jersey that Wallace wore in his time with the Pistons.

Ben Wallace won the NBA championship with Detroit Pistons in 2004.

In 2021 Wallace was elected into the Naismith Memorial Basketball Hall of Fame class of 2021 and will be inducted in September 2021.

With his defensive prowess, he is a five-time NBA All-Defensive first team between 2002 and 2006.