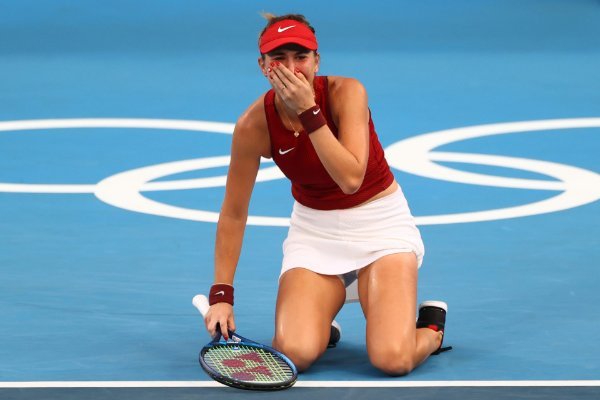 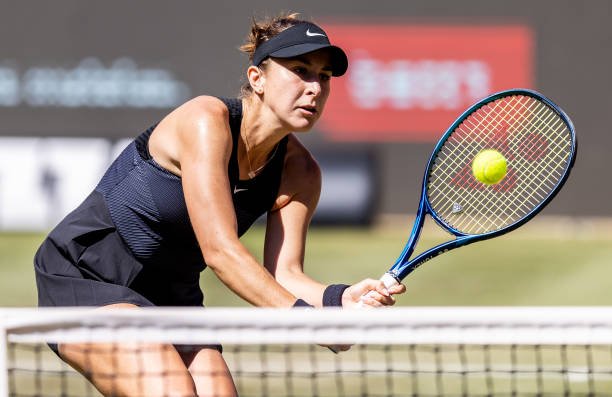 It is all hail to Belinda Bencic as now she is in for Tokyo Olympics final in Tennis. This win has come along after she outshined Kazakh’s player dubbed Elena Rybakina on Thursday.

The match between the two was really competitive but as usual, there has to be only one winner. The match was dominated by breakpoints, long rallies as well as impressive comebacks.

Switzerland’s Belinda Bencic made an impressive game and thus her bid for bagging a gold medal is alive. She is the No.9 seed tennis player and has had a powerful career all through.

On the other hand, Elena Rybakina is No.15 seed tennis player. Belinda will now be set for competing at the women’s tennis final at the Tokyo Summer Olympics.

The game runs for around two and three-quarter hours and was faced with the challenges of Tokyo heat. The big question now remains to be; will Bencic mark the fifth player to reach finals in both singles and doubles?

There have been only four tennis players who have achieved that since the reintroduction of the Olympics in the year 1988.

The program on Thursday was a little interrupted due to hot weather conditions. It began at 0600 GMT that is 3:00 pm local time after being pushed from 11:00 am after the complaints from the players.

Belinda Bencic is therefore guaranteed of an Olympic gold medal in Tokyo after she won the semifinal. She could not hide her joy after she bagged that win.

Therefore, she went down on her knees and shed tears of joy. This is surely something to soothe the heart as, after all, every player has the hope of winning and bagging the top medal.

At the beginning of the match, Bencic did not have it good as expected but she did not lose hope.  She later made efforts and fought off six set points to take the 73rd-minute opener 7-6(2) against Elena.

The game went on to blossom and heated up. The much-hyped second set had each player add up to the task for every single point.

The tennis icon Bencic was a force to be reckoned with as she started the game strong. Moreover, she maintained focus and momentum. However, that did not prevent her from falling into minor errors.

On the other hand, Rybakina fought hard. Her five aces in that set aided her to go past Belinda, as well as the score.

In the third set, the tennis players added up to the task, as they were back and forth. On up to 60% of all the opportunities given, Belinda broke serve.

However, across an additional 50 minutes, she interestingly put down her determined opponent. After the match, Belinda Bencic had something to say. She expressed her views regarding the win, which she termed a dream.

“It’s really like a dream,” Bencic said. “Of course I had emotions up and down, up and down. But in the end, I did it.”

Without a doubt, Belinda’s performance was one of a kind. This is because Roger Federer was the last Swiss tennis player to win a medal in singles. That was at the 2012 London Olympics.

Roger fell to Great Britain’s tennis player dubbed Andy Murray in the gold medal match. Therefore, Bencic has made another determination to clinch singles gold for her country. 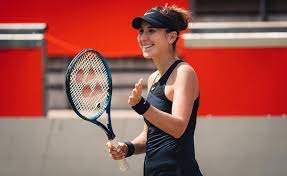 Bencic has had a successful career and has achieved several wins.

The tennis starlet’s big breakthrough came at the 2014 US Open. There, she became the youngest quarterfinalist since Hingis in 1997.

In the year 2015, Bencic won her first two WTA titles. That was in the inclusion of the Canadian Open, where she defeated four of the top six players in the world.

From 2016 through 2018, Bencic struggled with a variety of injury issues, most notably needing to have wrist surgery in 2017. Due to that unfortunate incident, she was out for five months. That saw her ranking drop outside the top 300.

However, she rebounded quickly and rose back into the top 50. That was within a year of her comeback.

She then posted her best season to date in 2019, winning her second Premier 5 title at the Dubai Tennis Championships.

Belinda reached her first Grand Slam semifinal at the US Open, qualifying for her first WTA Finals where she reached the semifinals.

Moreover, she finished the year inside the top 10 for the first time, which helped her win the WTA Comeback Player of the Year award.

Nevertheless, Bencic has had several other wins afterwards.