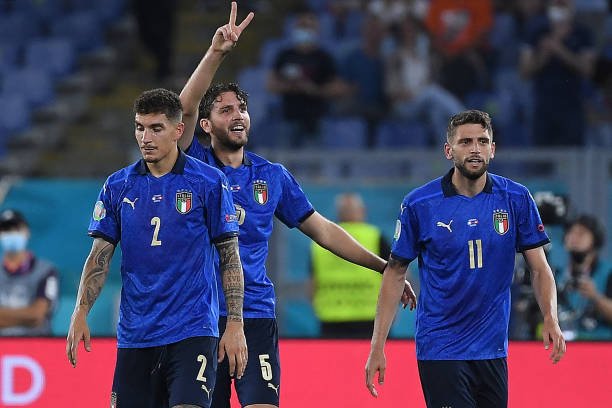 Italy became the first team to proceed to the round of 16 of the UEFA EURO 2020 on Wednesday night after edging Switzerland 3 0 at the Stadio Olimpico in Rome.

Manuel Locatelli opened the account in the night at the 26th minute and doubled Italy’s lead in the 52nd minute. Ciro Immobile also got on the scoresheet in the 89th minute as Italy topped their group with a +6 goal difference.

Manuel Locatelli was the youngest Italian scorer in the European Championship with only 23 years and 163 days old since Mario Balotelli.

The Sassuolo player scored both the second and third goal of his international career campaign with only 12 appearances. 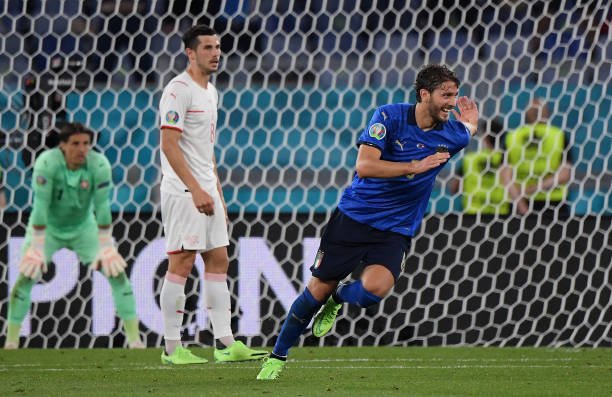 His first was assisted by Leonardo Spinazzola, the man of the match in Italy’s opening game of the 16th edition of the Euro, squaring a low driven pass from the right flank for Locatelli to finish off.

Locatelli added to his tally of the night in the second half with a rifled left-footed finish to the bottom right with Switzerland goalkeeper Yann Sommer rooted to his spot.

Despite missing out on their key man at the defence in Giorgio Chiellini, Italy completed the game without conceding and ended the fixture with a 10th straight win without leaking at the defence.

Captain Chiellini who was representing his country in his 100th cap was taken off midway into the first half with an injury concern.

It was the 59th time that Switzerland and Italy were meeting, with the latter tipped favourites to get the better of their rivals.

Switzerland did not look much of a threat up front in the game despite creating some chances but were wasteful in the final third.