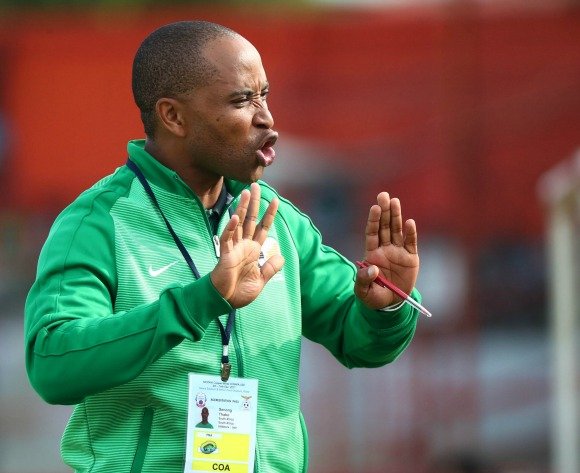 It is indeed a huge blow to the Lesotho National Team just two weeks before the start of the 2021 COSAFA Cup after coach Thabo Senong resigned with immediate effect.

Senong tendered his resignation to the Lesotho Football Association 7 days before Likuena are set to take part in the Cosafa Cup tournament in Mzansi next month. 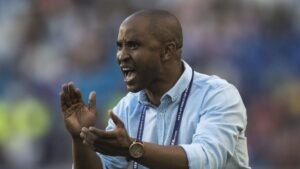 Thabo Senong had announced his provisional squad a week before he tendered his resignation with reports from Lesotho Football Association alledging that he had received ‘ an offer’ from another Team..

“The National Executive Committee of the Lesotho Football Association wishes to inform the football fraternity and the national at large that with only a week to before the Senior National Team departs for the COSAFA Cup, the national team coach, Mr Thabo Senong, has submitted his resignation letter. In his letter, Mr. Senong stated that he has got an offer elsewhere,” the LFA said in a statement on Friday 25 June.

“The NEC has accepted the resignation letter with a heavy heart in view of a fact that Mr. Senong replacement is faced to take the team with only a week to go before the tournament. Mr. Senong was employed as National team coach in August 2019 and has been in charge of team to date.

“His resignation has come as a surprise to the leadership of LFA, as he had already announced his team and started the bio-bubble camp for the upcoming regional tournament set for Nelson Mandela Bay in South Africa. It will be remembered that the Association had set a target for the national team coach to at the very least, take the team to the semi-finals of the COSAFA Tournament. It will also be remembered that during the two-years as the Likuena coach, Mr. Senong has played 13 games registering seven draws, six losses and no victories.

The Lesotho Football Association Also appointed Technical Director, Mr Leslie Notsi to take over the team as well as recommending Mr. Lehlohonolo Thotanyana as the Technical Advisor,  Mr. Shalane Lehohla as the Assistant coach and Mr. Sam Ketsekile as the goalkeeper coach.

“In the circumstances set out above, the Association has with immediate effect roped in the Technical Director, Mr Leslie Notsi to take over the team and has recommended Mr. Lehlohonolo Thotanyana as the Technical Advisor, Mr. Shalane Lehohla as the Assistant coach and Mr. Sam Ketsekile as the goalkeeper coach.

“The NEC wishes Mr. Leslie Notsi, his entire technical team and the players all the best as they take on the counterparts in the regional tournament. The NEC also wishes Mr. Senong well in his future endeavors.

“Mr. Mpitsa Marai, who was assisting Mr. Senong, will be redeployed by the Association as every coach chooses his own technical team hence the recommendation made Mr. Leslie Notsi referred above.”

Lesotho have been drawn in Group A at the COSAFA Cup along with hosts South Africa, Eswatini and Botswana.