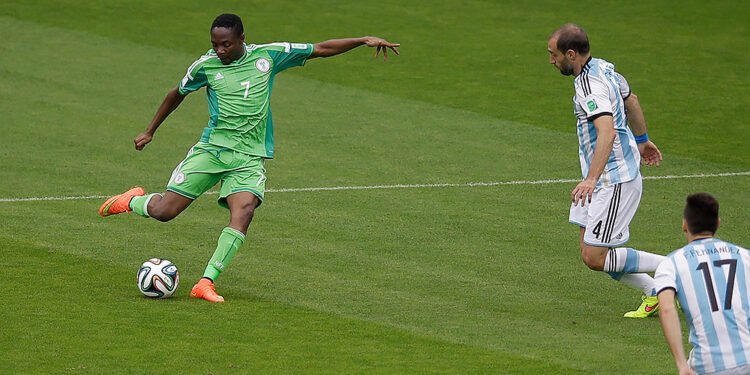 June 25, 2014 is the day for Ahmed Musa, a young star then who made Nigeria as well as his name in the top of football games in the World Cup 2014 when Nigeria took on Argentina in a World Cup group stage match at the Estadio Beira Porto Alegre.

The Kano Pillars star scored in either half as Nigeria played out a 3-2 thriller against Argentina in their final Group F encounter.

The Super Eagles went into the clash needing a point to be sure of qualification or hope Iran fail to win in the other group game against Bosnia-Herzegovina. 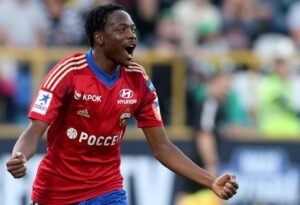 Although Nigeria lost, they still qualified after Bosnia beat Iran 3-1. However, the real story of the encounter was Ahmed Musa matching Lionel Messi goal for goal, creating history in the process.

The game started at a frenetic pace, with Argentina taking the lead in the opening three minutes courtesy of Messi, who fired home after Vincent Enyeama had initially pushed Angel Di Maria’s shot off the post.

However, La Albiceleste’s lead would only last for 80 seconds as Musa fired in a fantastic curler from the edge of the box following a pass from Michael Babatunde.

It stayed like that until Messi put Argentina ahead again on the stroke of half-time through a beautiful free-kick that left Enyeama with no chance.

But just like the first half started, Nigeria drew level two minutes after the restart through Musa again. The then 21-year-old played a one-two with Emmanuel Emenike before bursting through Argentina’s defence to slot past Sergio Romero. 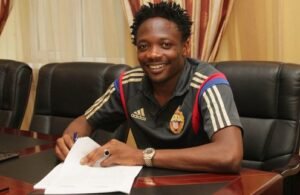 At that moment, Musa became the first Super Eagles star to score a brace in a World Cup match. No player had scored twice in a world cup match for Nigeria in four previous appearances before then.

But despite his heroics, it was Argentina that had the last laugh as Marcos Rojo scored the winner from a corner kick. Nonetheless, it was a day that belonged to Musa, and it even got better after Iran failed to beat Bosnia.

The 28-year-old would repeat the same feat four years later in Russia, scoring twice against Iceland to help the Super Eagles to a 2-0 victory.