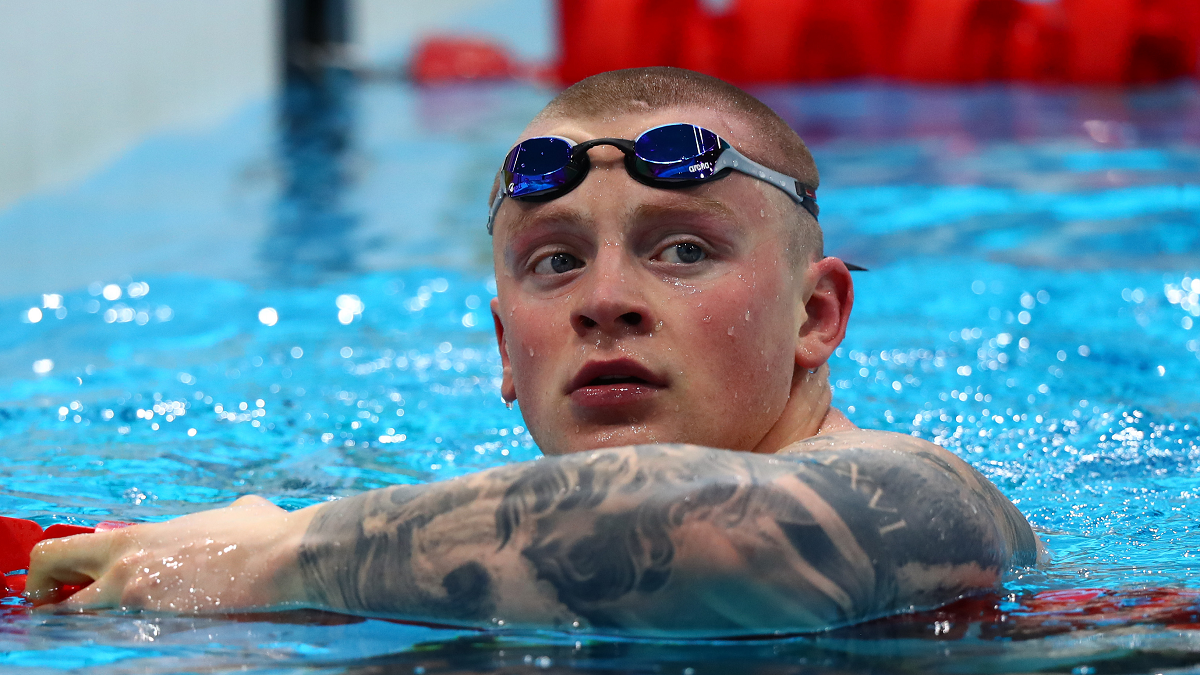 Adam Peaty is a British competitive swimmer. His full byline is Adam George Peaty, MBE. He was born on 28th December 1994 in Uttoxeter, United Kingdom.

His parents are Caroline Peaty and Mark Peaty. He also has siblings named James, Bethany and Richard Peaty.

Adam Peaty has as well represented England in the Commonwealth Games. His big talent has celebrated globally.

The swimming icon won the gold medal in the 100-meter breaststroke at the 2016 Olympics. That was the first gold medal to be won by a male British swimmer in 24 years.

Peaty is impressively the current holder of the world record in 50 meter and 100-meter breaststroke events.

In addition, Adam is the 2016 Olympic Champion, eight-time world Champion and a sixteen-time European Champion.

Nevertheless, Adam Peaty is a three-time Commonwealth Champion. He has broken several records in swimming tournaments.

Adam Peaty is the first swimmer ever to win both sprint breaststroke events at the same World championships.

His achievements are many as he is also the most successful British swimmer in a single World Championships.

Peaty is celebrated for his prowess in swimming. He is one of the only three swimmers to have won gold medals at all four major international events. The four are Olympic, World, European and Commonwealth Games.

Additionally, the only swimmer to win all four major gold medals in the same single event at the same time, a feat he completed in winning the 100-meter breaststroke at the 2016 Olympics.

Peaty first senior event was at the year 2013 European Short Course Swimming Championships. While there, he achieved three personal best times in the three breaststroke events.

At the 2016 European Championships held in London, Adam retained both of his individual titles in both 50 and 100-meter breaststroke.

Adam Peaty went on making impressive progress in the various swimming contests. Due to the worldwide COVID-19 pandemic both the 2020 Olympics and 2020 European Championships were postponed until 2021.

On 15 November 2020, at the International Swimming League meet in Budapest, Peaty competed as part of the London Roar team.

At the 2021 British Swimming Olympic trials, Peaty won the 100m breaststroke title on the opening day of the championships at the London Aquatics Centre in a time of 57.39 seconds.

According to reports, Peaty has an approximate net worth of $2.5 million dollars.

While not much information about the swimming icon is revealed, Peaty’s salary is reportedly under review. 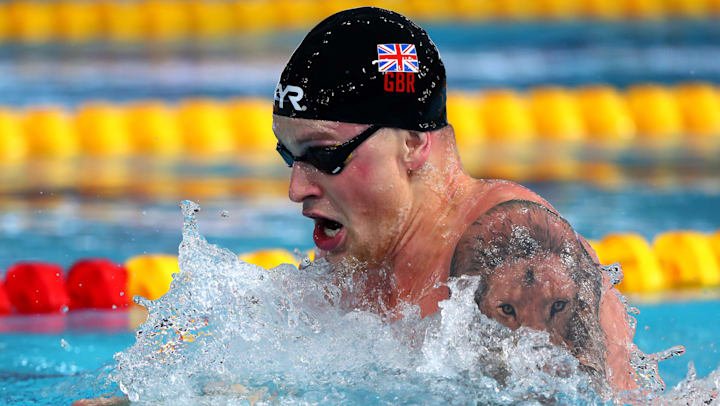 Many Olympic players across the world have had various sponsorship deals. Peaty had a four-year signed endorsement deal with Arena Swimwear.

While Peaty was training at Loughborough University, he met girlfriend Eirianedd Munro, a student at the University.

In April 2020, he announced that they were expecting a baby boy, who was born on 11 September 2020. The child is named George-Anderson Adetola Peaty.

Adam Peaty has taken part in several charity works as a way of giving back to society.

He has taken part in a fund-raising sports marathon alongside Coach Mel Marshall.
The pair led a group aiming to raise as much as £50,000 for the Perfect Day Foundation, of which he’s a patron.