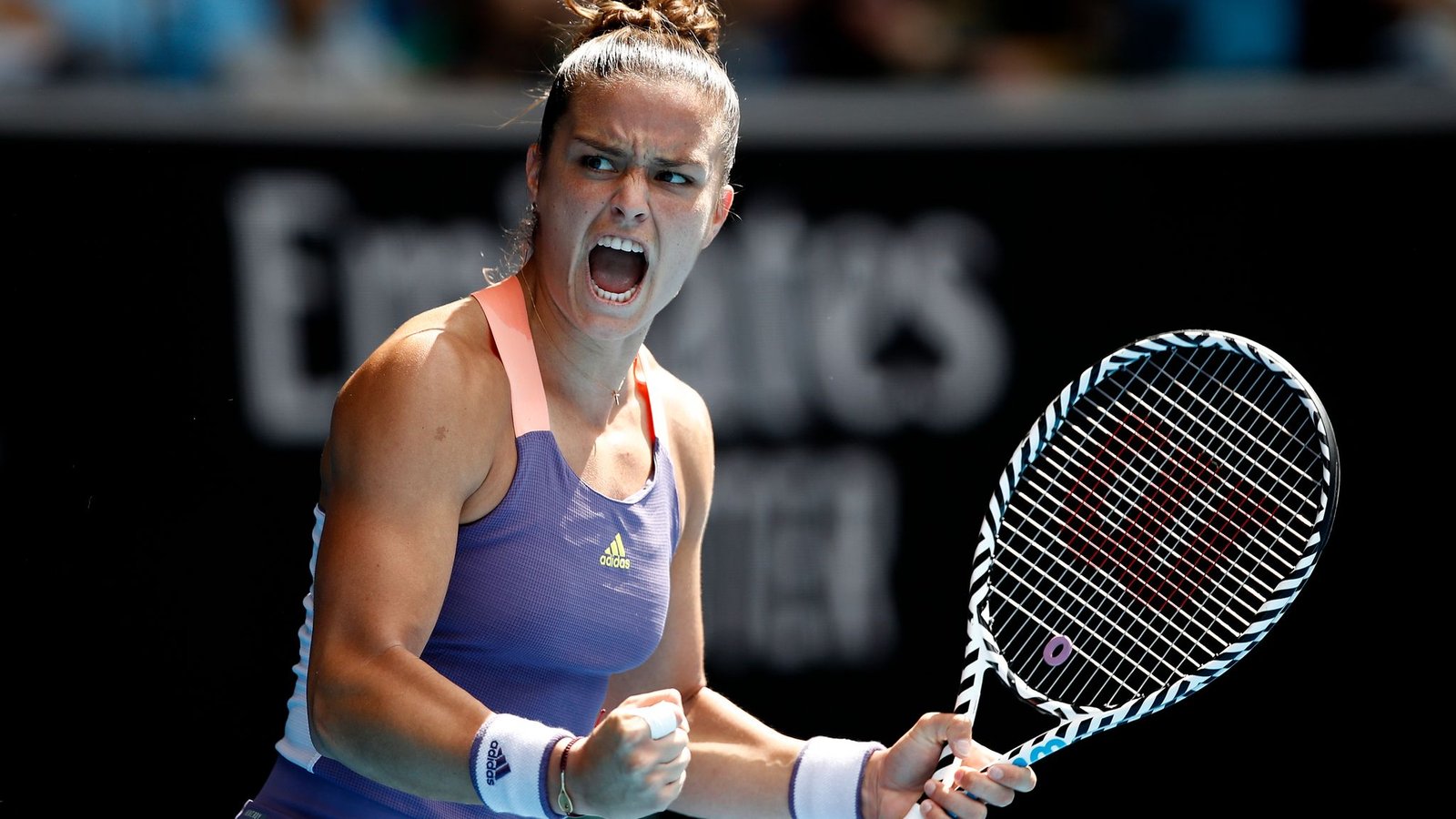 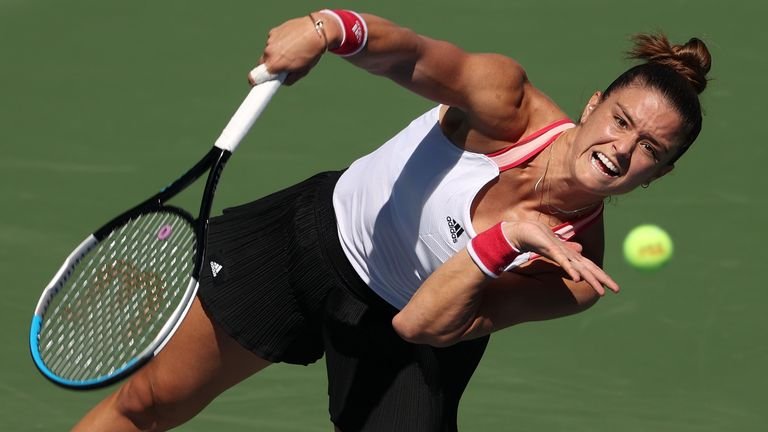 Maria Sakkari is a Greek professional tennis player. She was born on 25th July 1995, in Athens, Greece.

Her parents are Angeliki Kanellopoulou and Konstantinos Sakkaris. The tennis star as well has two siblings named Yannis and Amanda.

Maria has continually done well in the tennis field and has achieved several awards. On 17th May 2021, she reached a career-high singles ranking of No.18.

Sakkari’s best WTA doubles ranking is 169, which she achieved on 9th September 2019. She is celebrated globally for her potential in tennis.

Maria Sakkari has won one singles title on the WTA Tour at the 2019 Morocco Open. That is where she outshined Johanna Konta in the final.

In addition, Maria was also a semifinalist of the 2017 Wuhan Open. She defeated a celebrated tennis starlet Caroline Wozniacki, en route to her first top-10 win.

In 2019, she reached another Premier 5 semifinal at the Italian Open where she defeated, among other players, Petra Kvitova.

Maria continually escalated to greater heights, as more tournaments passed by. In the year 2020, she reached the fourth round at both the Australian Open and US Open.

This year (2021), Sakkari has reached the semifinals at the French Open. Maria has been an aggressive tennis player on the court. Her all-court style of play has made her famous. She as well as powerful groundstrokes.

Another achievement that the tennis player has showcased is serving the sixth most aces of any WTA player in 2020. That is with 144 aces served in 31 matches.

Sakkari began her professional career during the 2015-2016 WTA debut. However, her first two attempts to debut on the WTA Tour were unfortunately unsuccessful.

Despite that, on her third attempt, she made her debut on WTA Tour which was a major. That led her to qualify for the US Open.

In the qualifying, she beat Anastasija Sevastova, An-Sophie Mestach and Petra Martić, but then lost in the first round of the main draw to Wang Qiang.

Sakkari became more and more determined in tennis. After the US Open, she entered the top 200 for the first time. As a result, she reached a ranking of 185.

Nevertheless, by the end of the year, she only played on the ITF Circuit and on the WTA Challenger Tour, where she reached the semifinals at the Carlsbad Classic. Sakkari ended the year ranked 188.

Sakkari started the 2016 season with no-passing qualification at Brisbane International and Hobart International.

Maria reached the third round of a Grand Slam tournament in 2017 for the first time. That was at the Australian Open, where she eventually lost in the third round.

Nevertheless, at the US Open, she reached the same stage as she did at the Australian Open and Wimbledon, making the third round for the third time.

In 2020, Sakkari was successful at the first Grand Slam tournament of the year, the Australian Open, where she reached her first Grand Slam round of 16. Victories over Margarita Gasparyan (first round), Nao Hibino (second round) and No. 11 Madison Keys (third round) propelled her to the round of 16, where she was defeated by Petra Kvitová in three sets.

On to 2021, Maria faced Naomi Osaka, who had not lost any match in over a year. Sakkari caused one of the upsets of the tournament by defeating the second seed in straight sets.

According to online sources, Maria has an estimated net worth of $ 10 million. That is purely earned out of her professional tennis career.

Being at the 26th position in WTA earning rankings, Sakkari reportedly earns $304,897 annually. 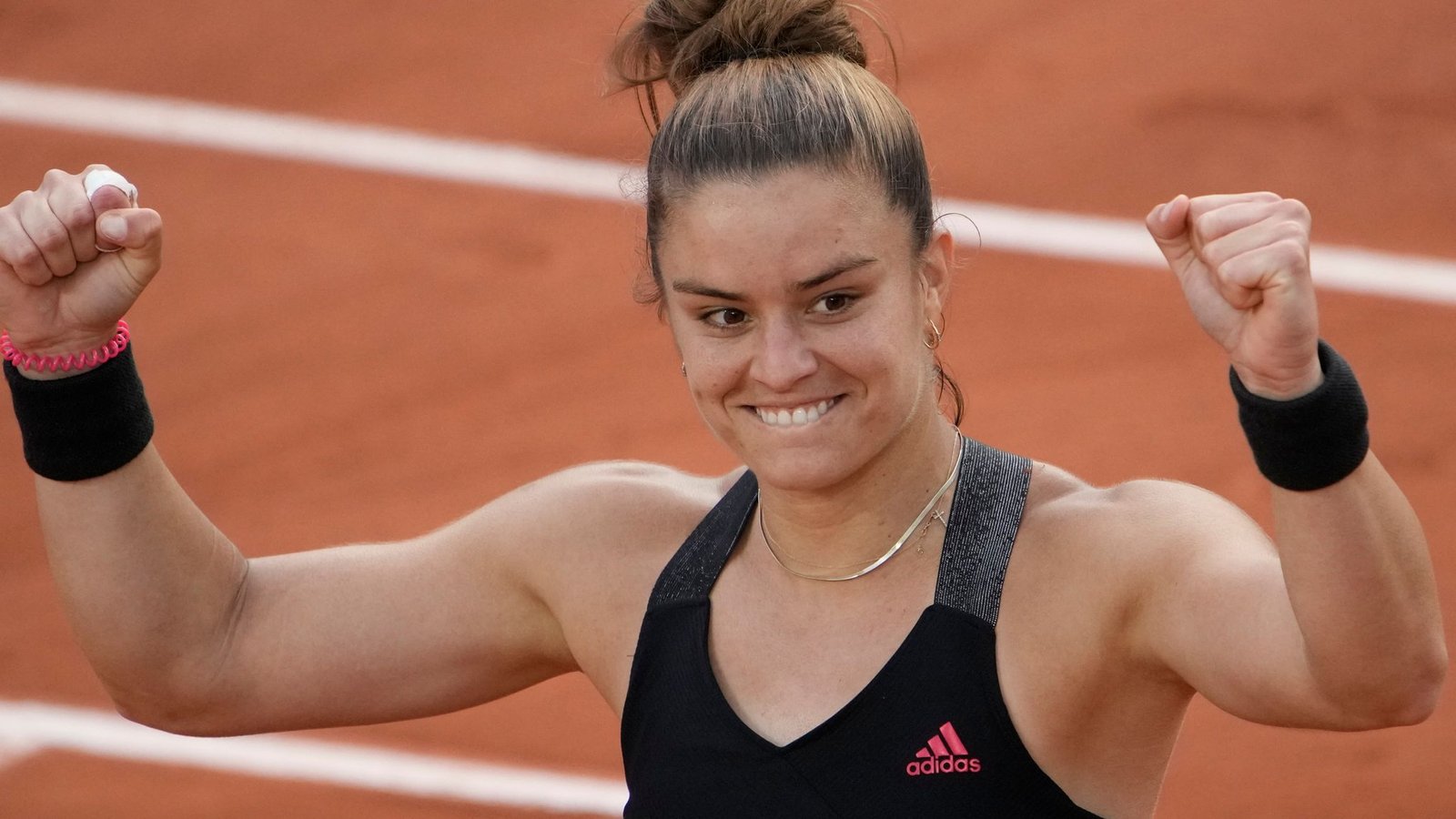 The 25 years tennis prowess has a couple of endorsements from various global brands. She is sponsored by Adidas from being in Nike sponsorship in 2020.

She as well as a racquet deal with Wilson. In addition, Sakkari has a sponsorship deal with Rolex, a well-known luxury Swiss watch manufacturer.

Moreover, she is a global ambassador for Apivita, a Greek cosmetic manufacturer that makes natural health and beauty products.

The tennis player is not yet married. However, she reportedly is in a relationship with his boyfriend named Stefanos Tsitsipas.

Sakkari is part of a foundation named Desmos. It designs and implements programs arising from financial donations by individuals, companies and charitable financial institutions, aiming to meet the needs of vulnerable groups.