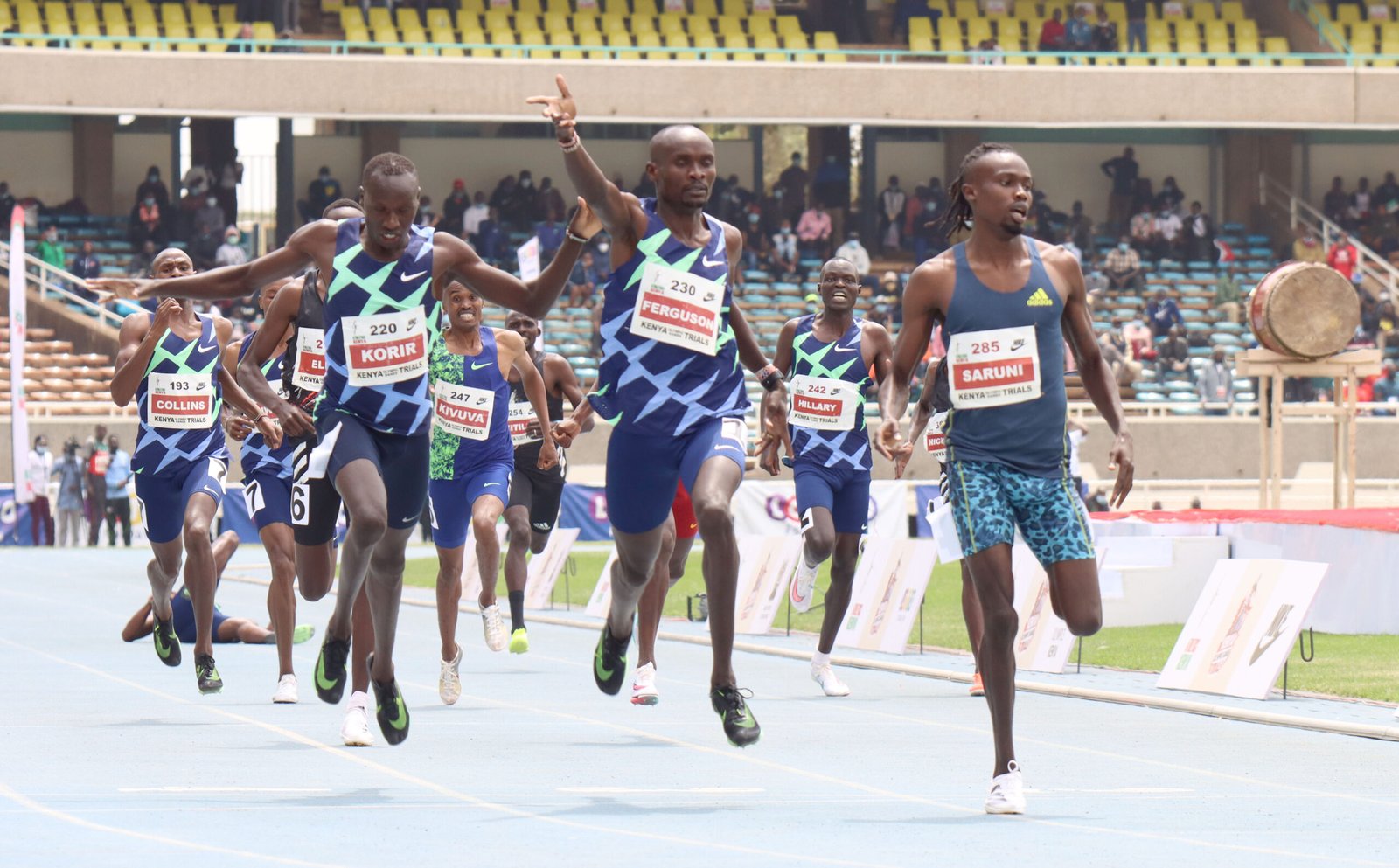 Athletics Kenya (AK) on Saturday named a strong team of 43 to represent the country at next month’s Olympic Games in Tokyo, Japan after three-day Trials. The biggest casualties of the selection process was steeplechase reigning champion Conseslus Kipruto.

Kipruto who has struggled over the past two years with injury walked out of the steeplechase final after just two and a half laps and with no wildcard for the defending champions to head into the Olympics, he will miss out on the team.

Kipruto has also struggled with off track issues and was reportedly not in his best shape heading into the trials. 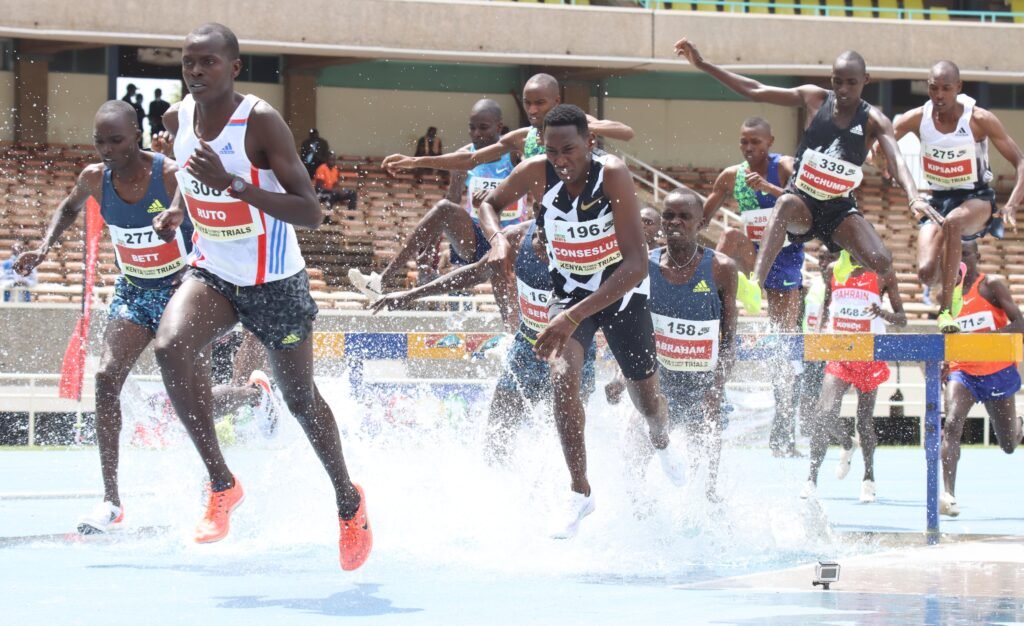 Conseslus Kipruto among the competitors in the steeplechase

The steeplechase crown was taken by former world junior champion Leonard Bett who timed 8:17.26 ahead of Abraham Kibiwott who came in second in 8:17.61. Benjamin Kigen timed 8:21.32 for third.

The three have thus been named in Kenya’s team for the Olympic Games.

“I have always dreamt of going to the Olympics and this year, this is all I have been dreaming of. I worked so hard for this and I am so excited. I hope that I will go and represent the country well and bring the gold medal home,” said Bett.

-Timothy Cheruiyot misses out in 1500m

Reigning world champion and world leader in the 1500m missed out on a place in the plane to Tokyo after finishing out of the top three places following a hamstring numbness in the final kick.

Cheruiyot limped off the track and into the first aid tent after the race and despite people hoping he would be handed a wild card ticket by Athletics Kenya, he was left out of the team as AK picked the top three finishers from the Trials.

Charles Simotwo won the race ahead of Kamar Etyang with the two punching the two automatic qualification tickets while third placed Abel Kipsang was also handed a ticket.

It was a tight race all through and the field didn’t break all through. At the final 50m, it was a frantic finish with Simotwo just but surging ahead to win the race.

“It was a very tough field and I knew that qualification was not going to be easy. I am excited to have attained this ticket and now I have to plan to go and win a medal in Tokyo,” said Simotwo.

Second placed Etyang will don the Kenyan singlet for the first time in his career.

“I come from a very humble background in Lodwar. I never thought I would make it but I want to thank my coach for always believing in me and pushing me to work hard. I am happy and I promise that I will do my best in Tokyo,” an emotional Etyang, balancing tears in his eyes said. 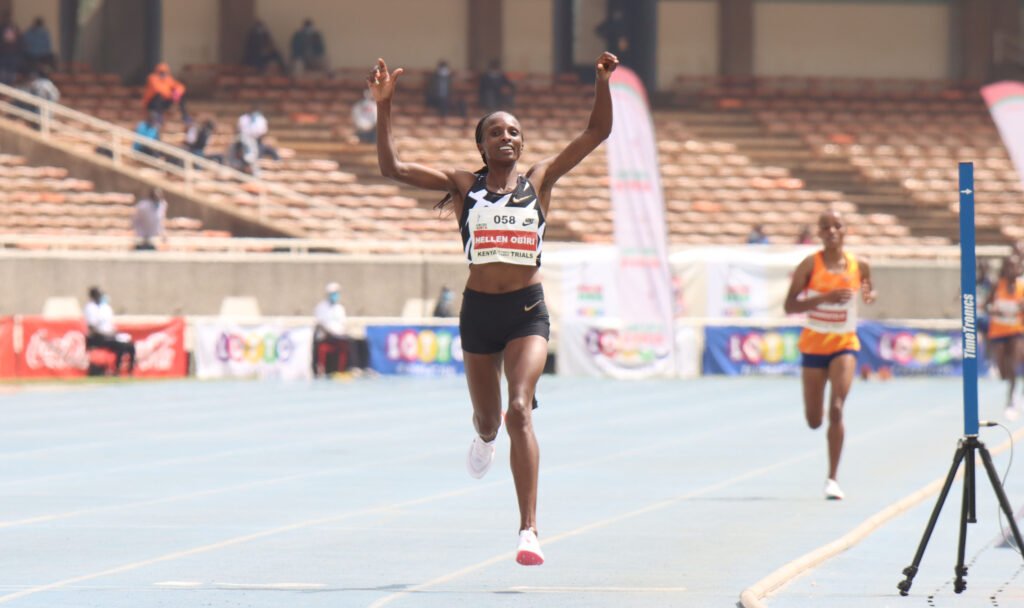 “The Olympic medal is the only one that is missing in my closet and I want to go and battle for it. That has been my wish and I will work hard for it. If I achieve that then I can leave the track for the upcoming girls,” said Obiri.