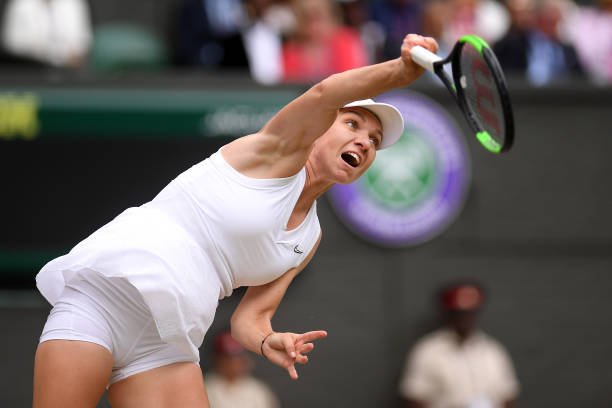 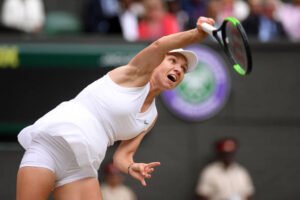 Her parents are Stere Halep and Tania Halep. She has one sibling named Nicolae Halep.

Between 2017 and 2019, Simona was ranked world No.1 in singles twice and maintained there for 64 weeks. This ranks tenth in the history of the Women’s Tennis Association (WTA) rankings.

The tennis starlet has won 22 WTA singles titles and has finished runner-up 17 times. She has also made a commendous achievement by winning two Grand Slam singles titles.

The two Grand Slam singles titles were the 2018 French Open and the 2019 Wimbledon Championships.

Halep won her first six WTA titles in the same calendar in 2013, becoming the first to do so since Steffi Graf in 1986. This crowned her the honour of being named as the WTA Most Improved Player at the end of the year.

The tennis icon went on making tremendous achievements and thus reached three Grand Slam finals at the 2014 French Open, the 2017 French Open and the 2018 Australian Open, before winning her first Grand Slam singles title at the 2018 French Open against Sloane Stephens.

Simona is the third Romanian to be in the top 10 of the WTA rankings after Virginia Ruzici and Irina and the second Romanian woman to win a Grand Slam singles title after Ruzici.

Simona Halep has a whopping net worth of $30 million.

According to Celebrity net worth, Halep has won more than $33 million worth of prize money throughout her career.

Being one of the most celebrated tennis players in the world, Simona is definitely a selling brand and thus garnering big and prestigious endorsements.

Simona was endorsed by a famous cloth line Adidas Company for many years until she switched to Nike in February 2018, according to Celebrity Net Worth.

She also has had sponsorship deals with companies like Lacoste, Hublot, Mercedes Benz and Vodafone. 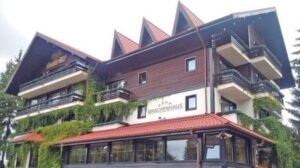 Simona Halep has also invested in various business ventures apart from being on the tennis court.

She has built and maintained a growing portfolio of businesses in sectors such as tourism, Horeca and real estate.

In Romania, her growing earnings are being translated into investments in the tennis player’s family, in particular her father, Stere Halep, and her brother, Nicu is managing. Owner of a four-star hotel in Romanian ski resort Poiana Brasov, Halep closed down this year her SH Cafe in Constanta, to focus on real estate.

One of the projects is sponsoring a girls’ hockey team.

She also has a foundation dubbed Simona Halep Foundation whose main objective is to support the community in matters of Sports, Health and Education.

Simona has also invested in assets which include Romanian Seaside Hotels, Brasov’s EUR 2 million properties, Simona’s Constanta SH Café and a collection of cares which consists of Porsche and others. 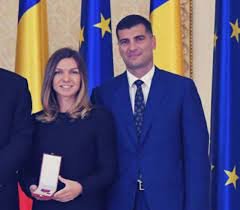 Simona Halep has a Macedonian boyfriend named Toni Iuruc who is a businessman.

Simona has 1.6 million followers on her Instagram handle (@simonahalep) and 402.9 K on Twitter (@Simona _Halep). Both pages are verified.