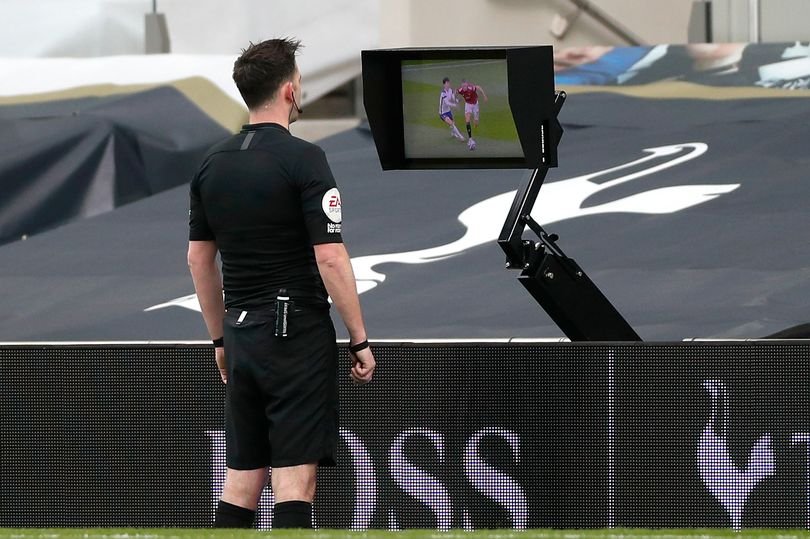 Roy Keane and Micah Richards expressed their dissatisfaction on the earlier Manchester united goal that was disallowed on the first half against Tottenham.

Manchester United forward Edinson Cavani was perfectly picked by Paul Pogba on the box skillfully pressing the ball through the legs of Hugo Lloris, seemingly giving United a valuable lead.

However, the goal was disallowed after controversial VAR review. Son Heung-Min was caught in the build-up by a trailing arm from Scott McTominay and, following a VAR review, the goal was chalked off.

That sparked fury and mixed reactions on the social media with Keane and Micha Richards former City player equally baffled by another controversial decision from the technology in the Premier League.

“I’m amazed. If this is a foul, we should all go home. I think it’s bizarre, for a player like Son just to roll about like that, I think it’s embarrassing,” he told Sky Sports.

“That can’t be a foul. It’s not just Son, to be fair, [Marcus] Rashford did it about 10 minutes earlier. Both sets of players, rolling around screaming, the referee is under huge pressure and they’re doubting every decision they make. I think the referee got this wrong.”

“It’s embarrassing, this is not football anymore, I know we have a laugh and a joke and all that, but this is spoiling our game.

“I can’t recognise the game anymore. If this is a foul, Roy’s right, we might as well go home now. It’s an absolutely ridiculous decision. It’s spoiling football, the fact that Chris Kavanagh can go and look at it again, I know VAR put doubt in his mind and the players didn’t help him which is unacceptable.”

Son Heung-Min put Tottenham forward just minutes after the contentious decision. although Manchester United looked right and all figured in the first half they did not score.

Cavani, superb throughout, got the second with a diving header from Mason Greenwood’s cross. He did then head against his own post as Pogba flicked on a Spurs corner but the game was not to be shifted from its destiny and Greenwood added a late third.

And so the Mourinho doom-spiral took another turn nearer the conclusion everybody knows is coming.