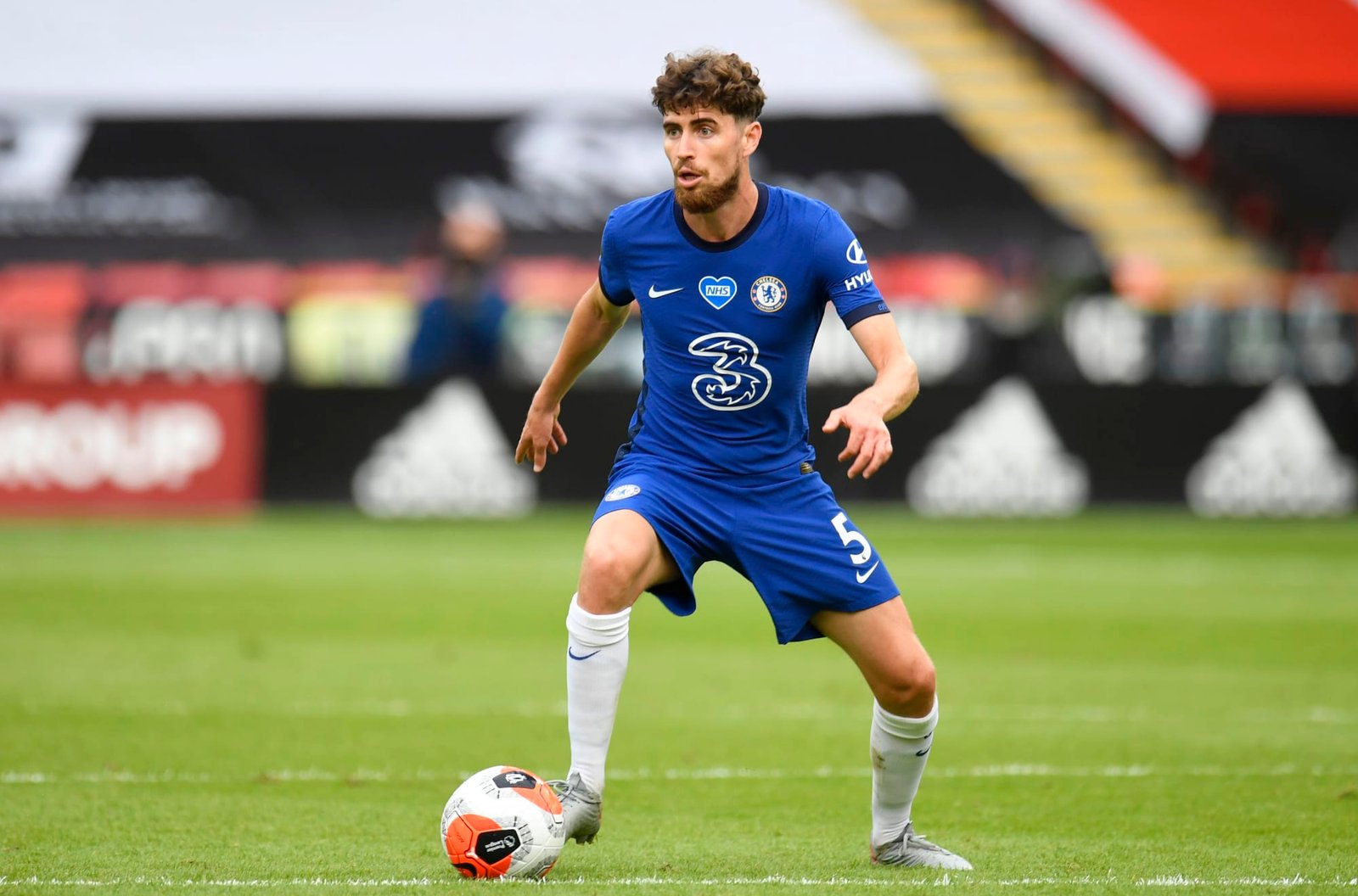 Chelsea Central playmaker Jorginho has sent a warning to his teammates and club to await Champions League second leg Clash tie with positivity and not to expect to stroll into the Champions League semi-finals after Wednesday’s 2-0 win over Porto.

England duo Mason Mount and Ben Chilwell fired maiden Champions League goals in Seville to put the Blues in control at the midway point of their two-legged quarter-final.

The Blues were humiliated on their Premier League outing against West Brom on Saturday by 5-2 produced an eighth clean sheet in nine matches.

But Italy midfielder Jorginho has called on the Blues to guard against complacency in Tuesday’s second leg.

“We are all happy with this first result but for the second game we need to stay humble, we don’t need to think that we have the advantage because it would be a big mistake,” said Jorginho.

Speaking after the game Chelsea boss Manager Thomas Tuchel branded the Blues’ clean sheet against Porto as the perfect response to Saturday’s hefty loss to West Brom, That saw Thiago Silva being sent off.

Jorginho delivered the ideal personal riposte after a below-par showing against the Baggies, angling a threatening ball to lay on the opening goal for the impressive Mount.

“There were things to look at and learn from that mistake (Saturday’s defeat) and for us we know it is important to defend well as a team and not concede a goal,” Jorginho told Chelsea’s official club website.

“Everyone worked very hard and we left everything on the pitch so the win was deserved by the whole team, including those who helped from the bench.

“Mason was in a good position, he turned the right way. I just saw some space and I gave him the right ball for him to control and score.”

Chelsea will face Crystal Palace at Selhurst Park in Premier League action on Saturday, before returning to the neutral venue of Seville for the second Champions League leg against Porto on Tuesday.

Timo Werner and Kai Havertz struggled for timing and rhythm, with Tuchel conceding the Germany duo had struggled against Porto.

“I wanted to give the sign that I accepted it was a bit of a tough match for Timo and Kai,” said Tuchel.

“They had not their best days and the connection between the deep seven players that we needed for the build-up and the front three was a bit lost.

“The balls we delivered were not the best and I felt they did not play on their highest level so I wanted to have an impact from the bench because Christian is in a good momentum and Oli waited for so long and has good memories of the stadium.

“We wanted to give the sign that we keep ongoing. This is the mentality in general that I like about the club and about the team, and that we want to implement.”

Jorginho was linked with a move away from Stamford Bridge during Frank Lampard’s reign with the midfielder in and out of the Chelsea starting XI.

But since the arrival of the German Coach in late January, Jorginho has been a stalwart, starting 10 of the 11 games the German head coach has taken charge of so far.

And that is, perhaps, whyJorginho is so happy at Chelsea, recently dismissing talk of a move away from Stamford Bridge and asserting that this season had his full focus.