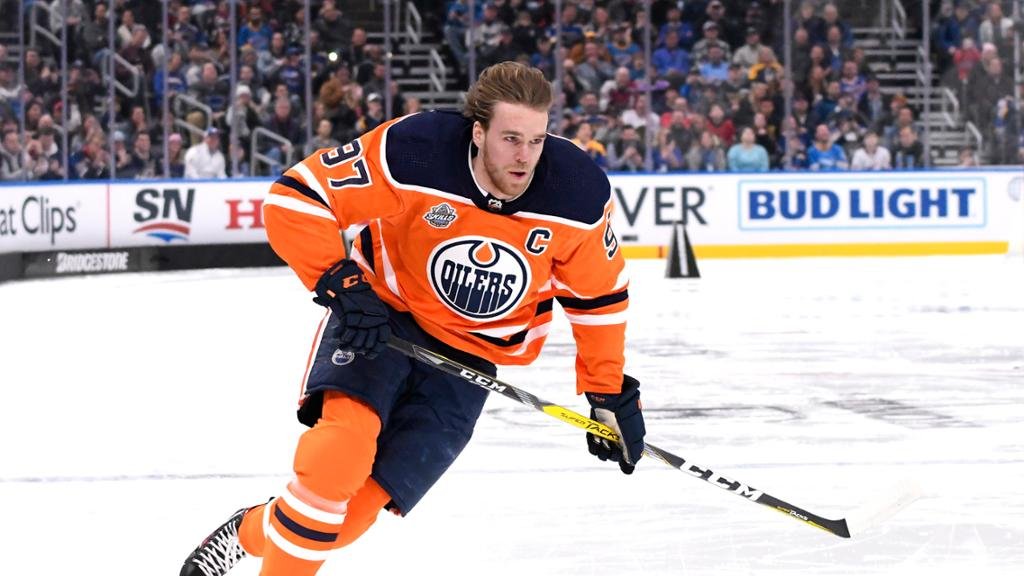 His parents are Brian McDavid and Kelly McDavid and he has one sibling named Cameron McDavid.

Connor is also the captain of the Edmonton Oilers of the National Hockey League (NHL).  His talent has earned him the recognition of being one of the best players in the world.

He has selected the first overall in the 2015 NHL Entry Draft and won the Art Ross Trophy twice as the leading scorer in the league and the Hart Memorial Trophy. He also won the Ted Lindsay Award two times as the best player voted by other NHL players.

Connor was so determined to play hockey and thus started playing it in Toronto where he grew up. This earned him the title “exceptional player” status by Hockey Canada, which allowed him to play major junior one year earlier.

In the 2015 NHL Entry Draft, McDavid was named the first overall by the Edmonton Oilers. He later signed a three-year entry-level contract with the team on 3rd July 2015.

His journey made progress and thus made his NHL debut on October 8, 2015, where he lost to the St. Louis Blues (3-1). He scored his first goal four nights later against goaltender Kari Lehtonen, in a 4-2 loss to the Dallas Stars.

Connor returned to the line-up on February 2, 2016, scoring a goal and gaining two assists. In his first game against his boyhood team, the Toronto Maple Leafs, McDavid had his first five-point night, recording a point on every goal in a 5–2 victory, including three assists (on three Jordan Eberle goals) and two goals. He finished third in voting for the Calder Memorial Trophy as the NHL’s Rookie of the Year despite participating in only 45 games in his rookie season.

The Hockey star is one of those who enjoy huge benefits out of their talents. His approximated net worth is $30 million according to reports.

This is a combination of both his on-court benefits and also from endorsements deals.

As of the year 2021, his estimated salary annually is $ 14 million together with bonuses according to Forbes. He is among the best paid National Hockey League players.

“McDavid spent the first half of last season without an equipment endorsement after his deal with CCM expired following the 2017-18 season. But the parties reached a blockbuster agreement in January that runs into 2023.”

He has also had signed endorsement deals with Adidas, CIBC, Biosteel and Canadian Tire companies.

Being one of the marketable faces in NHL Connor has ventured into various business deals. He has had a business partnership deal with Bloomberg.

Connor has taken part in various charity activities as a way of giving back to society.

The most outstanding one was his donation in partnership with Edmonton’s Indigenous community when they donated $85 K to indigenous kids.

“McDavid also hung out and played floor hockey with the kids he’s helping at the Commonwealth Community Recreation Centre.”

Apart from his parents and siblings, McDavid’s marital status is not revealed.

Connor has always opted to keep a low profile and thus not much of his private is exposed.

“He can afford the finest cars life has to offer but instead, he’s more than content with his white Range Rover. “