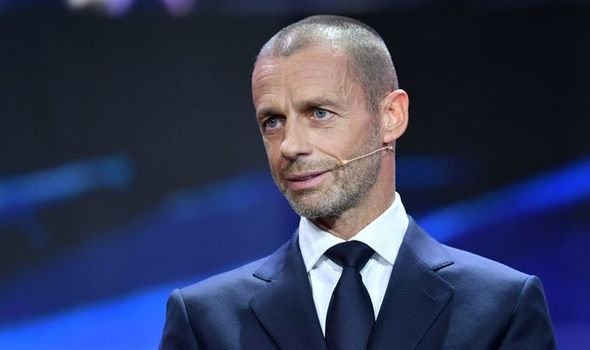 Demands from top Europe’s elite club has made UEFA’s planned meeting on Wednesday to discuss radical reforms to the Champions League from 2024 and onwards unsuccessful.  The planned meeting has been cancelled due to a row of issues raised by Europe’s top clubs, this is according to reports.

During the Wednesday UEFA meeting where major reforms was to be discussed a new format was expected to be adopted, likened to the ‘Swiss model’ which would eliminate the current group stage.

One of major agenda ought to be discussed was an increase of teams participating in the champion from the current 32 to 36 teams and the ‘Swiss model’ league would see clubs play 10 matches in the first stage of the competition.

UEFA’s executive committee were set to meet on Wednesday, but Sports Leo can report that it has now been cancelled.

This cancellation has been linked to what has been termed as rival disagreement between officials in the European Club Association (ECA), which includes Manchester United executive chairman Ed Woodward and Manchester City CEO Ferran Soriano.

The reason ECA’s row was reportedly not over the proposed changes to the format, but due to broadcast and commericial rights issues.

The report states that a row erupted as clubs fought about some wanting a ‘much greater say’ in how the Champions League rights are sold and marketed.

Although UEFA are said to be willing to give up some control to clubs,they also want to have the ability to have a say in certain key decisions moving forward.

It appears as though Europe’s elite clubs are pushing for further control over the competition as a whole with the controversial European Super League being shot down on a number of occasions.

England’s Manchester United and Spanish giant Real Madrid are two clubs who are said to have been pushing for the Super League idea.

The proposals to expand the current Champions League format from the year 2024 and adopt the ‘Swiss model’ league format was seen as a best-of-both-worlds settlement.

But the ECA’s disagreement suggests any progress made on the current reform plans are far away from being set in stone.

An ‘official decision’ on the Champions League reform proposals will now be made on April 19.