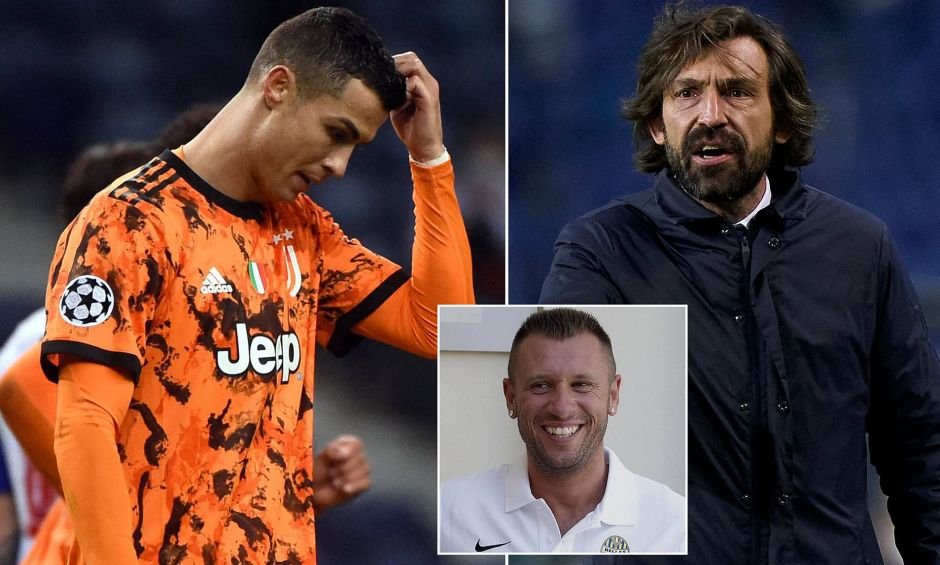 Former Real Madrid and As Roma star forward Antonio Cassano has come out fire blazing in attack of Cristiano Ronaldo branding the Portuguese as selfish and ignorant to follow andrea pirlo’s instructions after Juventus Endured an humiliating defeat from Porto in their champions league title clash on Wednesday.

Cassano slammed Juventus star Cristiano Ronaldo accusing him of continued selfish and ignorance and that he does not want to help others score.

Although Antonio Cassano was widely known for his controversy on the field, and his regular fall out with managers that he worked under, and causing nuisance to those around him, his football career still earned him a large fan base.

Cassano however admits that he was once a fan of the Portuguese but as days goes by he has stopped enjoying his style of play.

“I for one was always a fan of his ability, and his antics off the field were frustrating as I believe he hampered his own career with his temperament, and now his comments in retirement will not go down well either. ”He said

The former Italian International player was speaking negative of Cristiano Ronaldo to Christian Vieri after Juventus suffered a 2-1 loss to Porto, claimed that the Portuguese was reluctant in following Andrea Pirlo ideas and instructions.

“I have always said, even though he is a phenomenon and has scored a billion goals, that with Andrea Pirlo’s idea of football he could run into difficulties,” Cassano said on Christian Vieri’s Twitch channel BoboTV.

“He scores a goal per game, it’s true, but he struggles with Andrea’s idea. He’s always been a bit selfish, he doesn’t give a damn about others scoring goals.

“He’s the kind of player that lives to score, not for the game, for the great match. He lives to score and in this moment the situation is getting worse. The years pass for everyone and he is having difficulties.

“This is because, since Sarri, Juventus are trying to show a style that is different to its history. It’s clear that Pirlo must be judged in four or five years, but Juventus want everything immediately.”

Cristiano was on target as he supplied two important passes and had only one shot on target in the match with the Bianconeri facing possible elimination in the first knockout round for the second straight season. It was the first time Ronaldo had registered one shot or fewer in a Champions League match since November 2019 against Atletico Madrid.

Ronaldo has scored 88 goals in 116 games in all competitions for Juventus together with 19 assists.