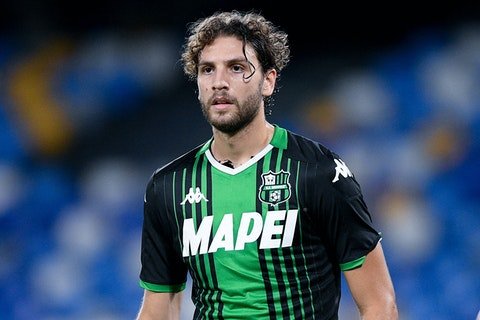 Serie A club Juventus are eying a potential swoop for Manuel Locatelli as an alternative for Paul Pogba.

The Italian giants are battling a host of other top European clubs for the signature of Pogba.

The Frenchman is unsettled in England and his performance in the Premier League has been underwhelmingly poor.

His agent Mino Raiola attested that his playing time at Old Trafford is almost over and the former Juventus man could be on his way out.

His former employers Juventus seem to be the final destination where he impressed during his tenure in the Italian club.

However, the Bianconeri are weighing the option of bringing Locatelli should they miss out on the Manchester United midfielder.

Sassuolo would not want to lose Locatelli who has been outstanding in the middle of the park to their rivals, especially in January.

At just 22-years-old, Locatelli is one of the rising stars in the Italian League and his stats have caught the attention of the Italian champions.

It is not the first time the Turin based club have been interested in the Italian as they have scouted the Milan youth since he rocked Gianluigi Buffon’s net with a thunderous winner at the San Siro in 2016.

Locatelli is a regular starter in Roberto Mancini’s Italy squad and with his experience in the country and league, he could be a great addition to coach Andrea Pirlo.

He could offer competition to Adrien Rabiot and Rodrigo Bentacur who have been lacklustre in the midfield area.

Weston McKennie and Arthur Melo have improved Juventus’ pack following their arrival in the summer.

Despite lacking some technical abilities like Pogba, Locatelli could prove to be a major addition to the Old Lady.