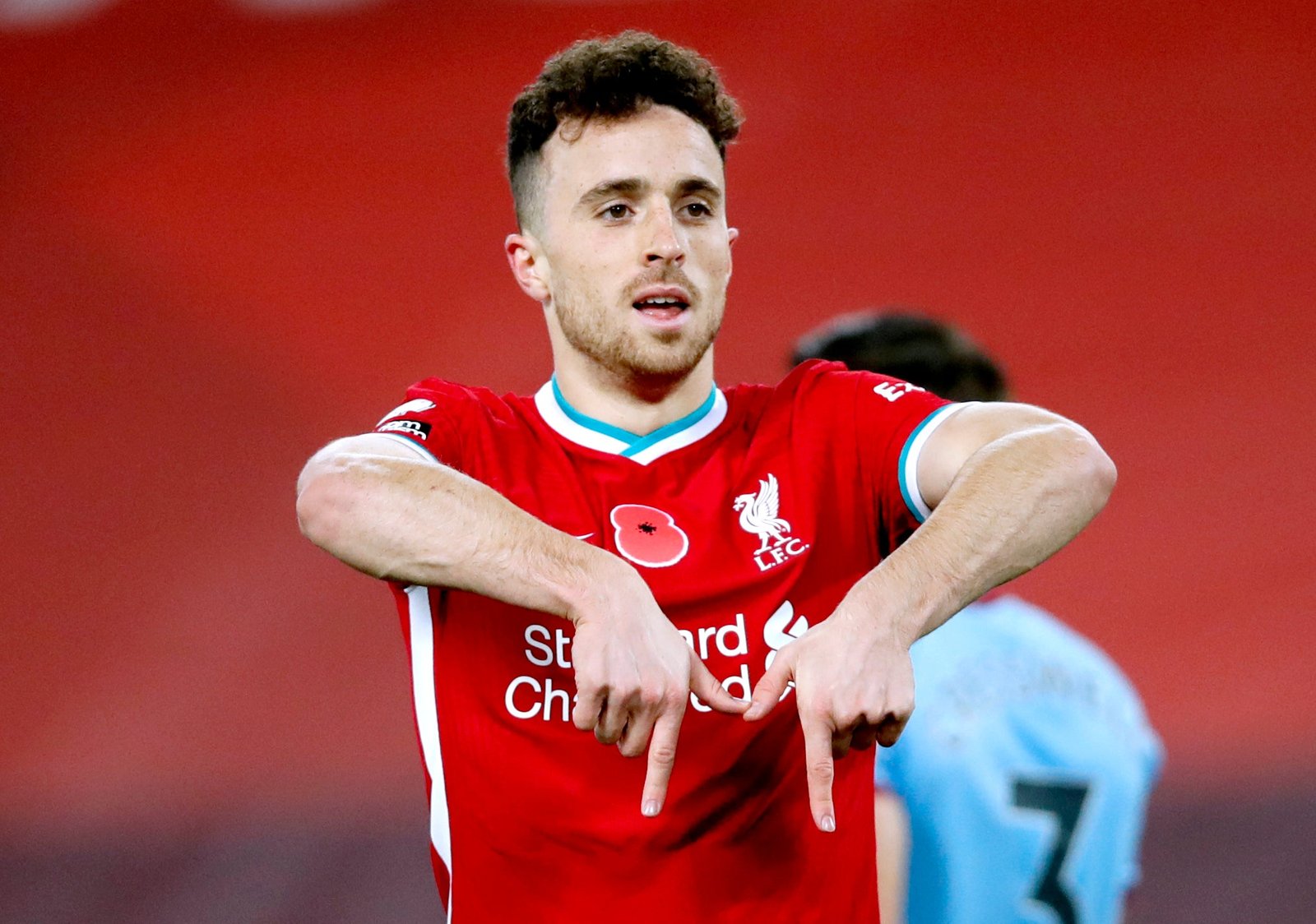 Liverpool forward Diogo Jota netted a hat-trick as the Reds cruised to a 5 – 0 victory against Atalanta in their Champions League clash on Tuesday night.

African players Mohamed Salah and Sadio Mane also got their names on the scoresheet after netting each one apiece.

It was Jota’s first hat-trick for the club as he made into the first-team ahead of his teammate Roberto Firmino.

With such a fantastic performance, it is almost inevitable to see the Portuguese striker starting in the Premier League champions’ match against Manchester City over the weekend.

Liverpool manager Jurgen Klopp signed the former Wolverhampton Wanderers man in the summer as he looked to beef up his attacking options for £45 million.

The 23-year-old scored 16 goals last season for Wolves, with 9 coming from the Europa League.

After the great performance from the club he joined in October 2015, the German was more focused on the upcoming game against the Citizens.

“We have to recover, I think we have a day or two more to recover from that game and we will need it,” Liverpool manager Juergen Klopp told BT Sport

“We will see who is available and who we can line up. City is a different team obviously, and we have to make sure that we are ready for that.”

Despite missing big names like Virgil van Dijk, Fabinho and Thiago Alcantara in their squad, Liverpool sent a strong message to other clubs in Europe with a great performance.

Jota was subbed in against West Ham in their last Premier League match and went on to score the winner for the Merseyside Red club.

He looks to contend for more game time at Anfield and could easily and possibly dislodge Firmino from the formidable front three set-up.

As a versatile player who can be used across the frontline, Jota is a lethal forward with lots of pace.

“I’m playing in the best team of my career so far, that’s for sure. I don’t know if it was my best moment, but obviously scoring goals is my way of playing football, so I’m really happy with it,” Jota told BT Sport.