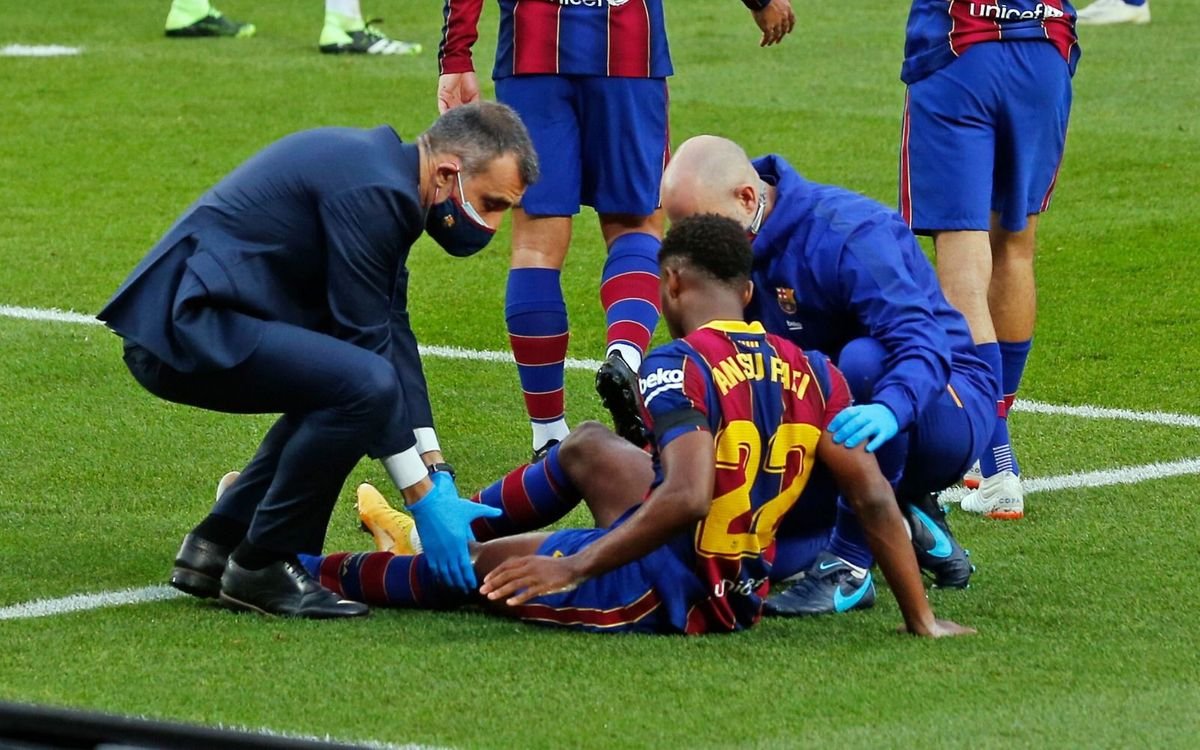 Barcelona wonderkid Ansu Fati will be sidelined for four months.

The Blaugrana player underwent successful surgery on a meniscus injury.

The club tweeted: “Ansu Fati has successfully undergone surgery for the internal meniscus injury in his left knee.”

The teenage sensation went down with the injury during Barca’s 5 – 2 victory over Real Betis over the weekend.

The club website read: “The first team player Ansu Fati has been operated on successfully by Dr Ramon Cugat for the injury to the internal meniscus of his left knee under the supervision of the Club’s medical staff.

“The player will be out for approximately four months.”

Frenchman Ousmane Dembele has also found his form and could replace Fati as he can be deployed in either side of the flanks.

Fati has been instrumental and crucial in Barcelona squad that he recently received his international call-up with Spain despite having a Guinea-Bissau origin.

The 18-year-old became the club’s second-youngest player when he made his debut last August at the age of 16 years and 298 days.

He is second to behind only Vicente Martínez, who made his debut at the age of 16, 9 months and 7 days.

After signing a new deal with the club, the club included a £211m release clause on his contract to put off any potential buyers.