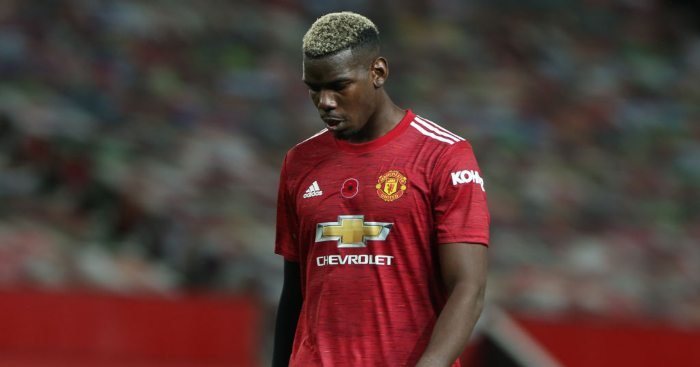 One, the France international rarely makes it to the starting eleven under manager Ole Gunnar Solkjaer.

Secondly, the Norwegian tactician is playing Pogba out of his preferred position in the squad when he comes in as a substitute.

Since the 6 – 1 humiliation to Tottenham Hotspur at Old Trafford, Pogba has started twice in seven games for the Red Devils.

He came on late in the games against Arsenal and Everton and was deployed on the left-wing, a position he does not excel in.

United extended Pogba’s contract by a year in October, but rumours of him swapping United for Real Madrid have not died.

The Frenchman has been on Madrid’s radar as he seems unsettled in England but a move to the Spanish giants is yet to materialize.

Talking to France Football, Deschamps said “I know Paul well and he knows the squad well.

“He finds himself in a situation with his club that he can’t be happy about, neither in terms of his playing time nor his position.”

Since testing positive for coronavirus, the 27-year-old has struggled to find his form at club level.

“He’s not at his best, he’s had a string of injuries and Covid-19 has also affected him adversely. He needs to rediscover his rhythm.

“He did well in the matches that he was involved in last month and performed consistently despite his lack of rhythm.

“Nevertheless, we can’t say that he’s blossoming at club level.”

“There’s no problem with me, but I also work hard to manage him.

“When a player is unhappy at club level, of course, he is happy to play for France.

“He will tell me about how he’s feeling and as I know him very well, things will go in a positive direction.

“It’s also his responsibility to put in a big effort,” he added.