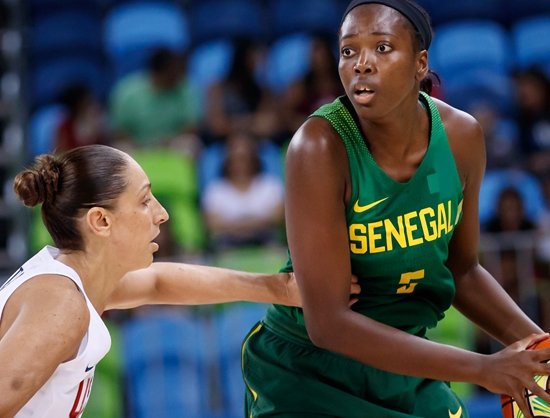 Despite a two-year absence from the Senegal women’s basketball team, 37-year-old Aya Traore is adamant she can reach her former heights as her nation compete in the upcoming AfroBasket 2021 qualifiers.

Traore was a key member of the Senegal side which won the AfroBasket in 2009 and 2015. In both tournaments, Traore was named the Most Valuable Player.

Traore told fiba.basketball that she will give it her all in the qualifiers set for November.

“I’m very pleased to be back on the team. It’s always an honour getting to play for Senegal. Being out of the team for the past two years wasn’t easy but I did what most players will do, fall back on my club career and perform.

“For me what matters most is the present. The coach has his goals and we’re here to achieve those goals.”

Her return to Senegal is expected to provide some much-needed experience, with coach Moustapha Gaye bringing in a cast of young players.

“We have a good team of young players and I’ve had time to talk to most of them. It’s not easy when you come to the national team. Some players psychologically aren’t ready so they need someone to welcome them, talk to them and reassure them that everything will just be fine.

“There’s usually some stress but having been there I understand this and I know I have to help these youngsters gel into the team.”

The Dakar native has experienced it all with Senegal playing five AfroBasket finals, scooping two gold medals and finishing as runners up thrice.

But the 1.83m-tall forward still has an insatiable drive for silverware.

“We are working hard to achieve the objectives of the coach and the staff,” said Traore.

“Victories matter a lot and we have a good group. We can work towards achieving that.”

“It’s good to see how motivated the other girls are, they want to learn, they want to conquer and for me, that’s very essential.”