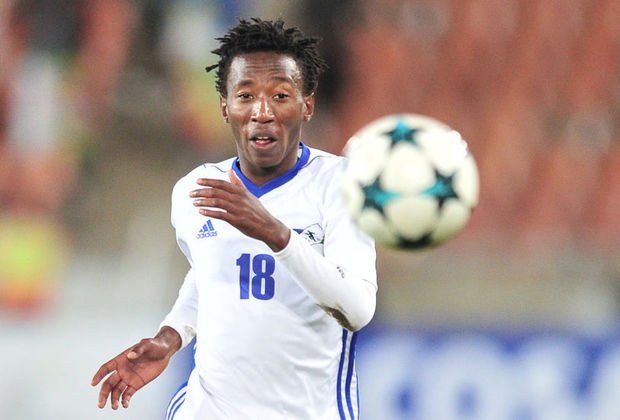 Lesotho international Tumelo Khutlang is relishing the chance to cement his place in the Black Leopards team, after appearing for the SA Premiership side in their last four consecutive matches.

The 24-year-old forward had fallen out favour at the Limpopo side that had been chopping and changing coaches since the start of the 2019/20 season.

However, his fortunes have improved under caretaker coach-Morgan Shivambu, who took over the reins following the departure of Allan Clark.

Khutlang is in his second season with Leopards having signed with the club after an impressive campaign with Lesotho at the 2018 (Council of Southern African Football Associations) Cosafa Cup.

He returned to the starting line-up in the 3-2 victory over Maritzburg United and also featured in the next three games against Golden Arrows, SuperSport United and AmaZulu respectively.

“It’s a great feeling to be back playing, but the focus is not on me at the moment as the team is playing for survival. Every one of us is putting in a shift because we are fighting for our lives,” Khutlang said.

“I’m just happy that the team is doing well since the resumption of football. We want to be on the safe side and move away from the danger zone. We all want to keep our jobs by retaining the club’s PSL status.

“I’m getting along very well with the coach and I think he is a good person in general.”