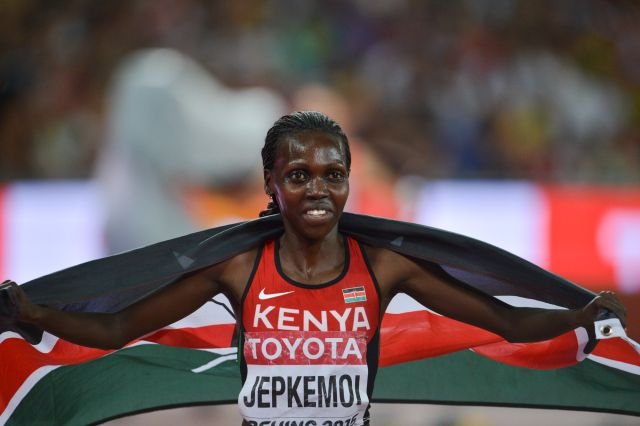 Kiyeng upset world champion and world record holder Chepkoech, overtaking her as the pair entered the homestretch en route to a 9:06.14 run.

“Due to the coronavirus I was stuck in Kenya and kept training,” Kiyeng, the 2015 world champion said.

“This was my first competition this year and I am grateful for this. If there are opportunities for other races I will compete.”

Chepkoech crossed the line in 9:10.07. Marusa Mismas broke her own Slovenia national record in 9:20.68 to finish third.

To go with her victory in the 2015 World Championships, Kiyeng claimed the top spot at the 2011 All-Africa Games. Her personal best time of 9:00:01 is the third-fastest time ever in the event. The 28-year-old is also the current Olympic silver medallist, having taken second place in the Rio Olympics in 2016.

Chepkoech, meanwhile, won gold at the 2019 Doha World Championship to go with her world record 8:44:32 she set at the Diamond League meeting in Monaco in July 2018. The 29-year-old is also a former gold medallist – at the African Championships in 2018.

With physical distancing regulations in place, 3,500 spectators were allowed to enter the Berlin Olympic Stadium.