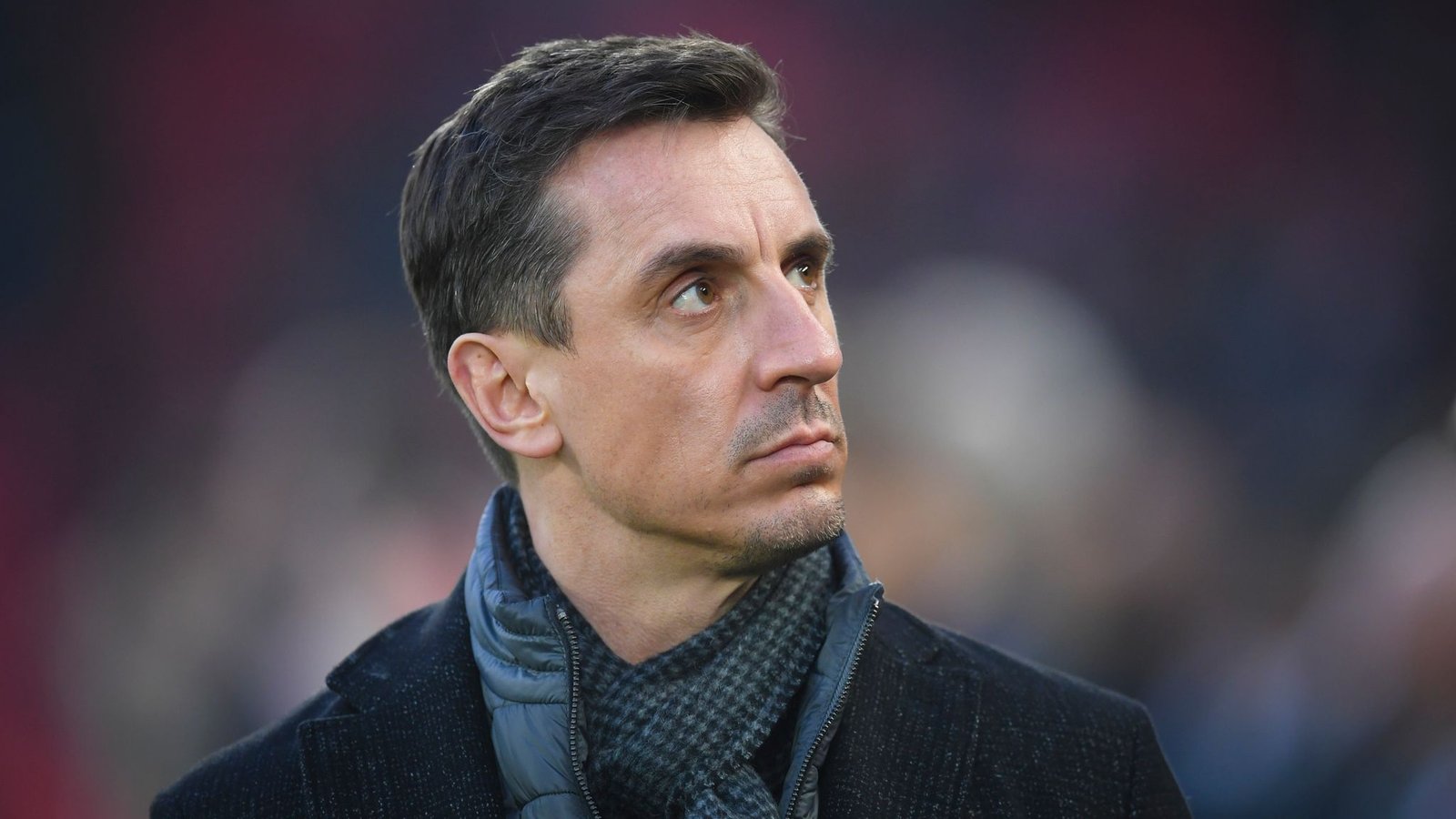 Gray Neville has expressed his frustration at Manchester United over their lack of summer transfer signings business.

He has gone ahead and told the club to sign at least three players to remain competitive in the English top-flight league.

The Premier League club have only invested £35 million with the deal involving the signing of Donny van de Beek from Ajax.

The Dutch midfielder was close to joining Barcelona and Real Madrid in the last couple of seasons but remained at the Eredivise club until United came knocking.

For a long time, Borussia Dortmund winger Jadon Sancho has been linked with a move to Old Trafford.

However negotiations between the club and United have hit an impasse as the latter are unwilling to meet the £108 million valuation for the wonderkid.

Other players that have been linked to the Red Devils include Harry Kane, Raul Jimenez, Thiago Alcantara, N’Golo Kante and Jack Grealish.

Nevertheless, it remains to be seen whether United manager Ole Gunnar Solkjaer will add fresh legs to the squad before the transfer deadline day.

Clubs such as Premier League champions Liverpool, Arsenal, Chelsea, Tottenham and Manchester City have been busy bolstering their squads with new signings.

Neville cannot understand why his former club has not invested more in the squad like their Premier League rivals, despite the financial uncertainty due to the coronavirus pandemic.

“It’s appalling that in this market which is probably the easiest in PL history to get transfers done that United haven’t done more yet!” the United legend wrote on Twitter, according to Goal.com.

“They must get Ole a CB, LB and forward pre-deadline! The others are managing to get things over the line why not United!”

He added, “They’ve needed these positions filling for 12 months, had a national lockdown to regroup and re-set and ample time to manoeuvre deals to a conclusion.”