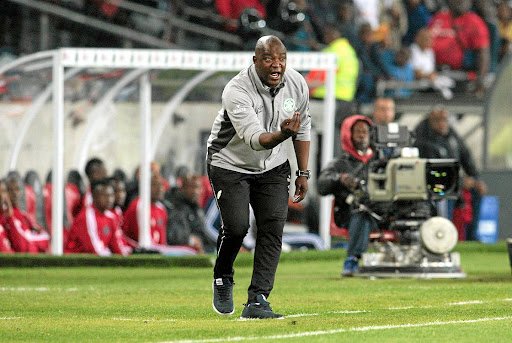 Lesotho football legend Lehlohonolo Seema is ready to take on one of the most perilous jobs in SA soccer – coach of Premier Soccer League outfit Chippa United.

Chippa are 12th in the SA Premiership and are famous for hiring and firing their coaches – sometimes in a matter of months. Chippa have had 16 ‘permanent’ coaches since 2011.

Seema replaced Rulani Mokwena as the new Chippa boss to become the club’s fourth coach during the 2019/20 season that was halted by the novel coronavirus pandemic since March.

Seema’s departure from Bloemfontein Celtic came as a big surprise to the football fraternity in Lesotho and South Africa, due to his long history with the club, which dates back to his playing days.

“It goes without saying that it was not an easy decision to leave Celtic, but I left on good terms and my move to Chippa was given blessings by the chairman- Max Tshabalala and the rest of his management,” Seema said.

“The time had come for me to take a new challenge and get out of my comfort zone. This is part of our journey as coaches and I’m confident that things will work out well for me at Chippa.”

Seema leaves Celtic in ninth position in the Premiership and has also managed to guide the club to the semi-finals of the Nedbank Cup.

“I do not want to talk that much about me as an individual, but it shows the potential about the work we did at Celtic. I think it’s for the first time that the team has managed to reach the semi-finals of the Nedbank and that for me is a milestone on its own,” the former Lesotho captain said.

“My focus has now shifted on doing well and improving Chippa’s position in the Absa Premiership. If you look at the table, you will realise that all the teams from ninth position are not safe from relegation.

“There is a lot of work to be done and I’m looking forward to the new chapter of my career here in Port Elizabeth.”