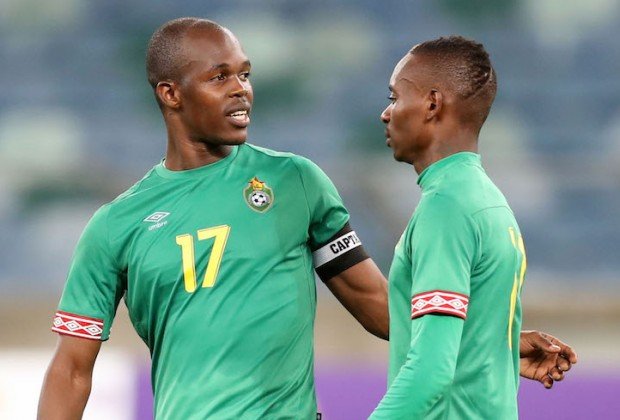 The SA premiership has been home to many talented Zimbabwean footballers throughout the years.

Known for their high work-rate and commitment, Zimbabwean players have definitely added more glamour to the competition since its inception in 1996.

Here is a look at the top five Zimbabwean players to play in the South African top-flight league.

The retired marksman is one of the greatest Premiership strikers of all-time and he took South African football by storm in the inaugural season (1996/97).

The Silver Fox continued to find the back of the net with ease in South Africa while playing for Ajax Cape Town and Free State Stars.

Mugeyi, who was blessed with an eye for goals, is fifth on the PSL’s all-time goal-scorers list having scored 91 goals between 1996 and 2007.

The Kaizer Chiefs forward has the potential to become one of the greatest PSL players of all-time and he is currently one of the best players in the country.

Known for his great speed and ball control, Billiat showed great potential at Ajax Cape Town whom he came close to winning the PSL title within 2011.

Billiat played his best football at Mamelodi Sundowns where he won seven major trophies including three PSL titles as one of the key players.

“Khama is the best player in the PSL and he’s one of those rare players who make the difference.”

The retired midfield maestro is one of the greatest PSL central midfielders of all-time having had a long successful spell with Kaizer Chiefs between 2002 and 2012.

Also known as ‘The General’, Nengomasha played an instrumental role in helping Amakhosi win the 2003/04 league trophy which was the club’s first PSL title.

The General, who was an excellent defensive midfielder, left Chiefs in 2012 having helped the team clinch 10 major trophies and he also achieved legendary status at the club.

The retired marksman is considered to be one of PSL’s greatest exports having had a successful career in Europe after leaving Jomo Cosmos in 2002.

Mwaruwaru joined Cosmos in 1999 from Air Zimbabwe Jets and his arrival improved the team as Ezenkosi finished fourth in the league in back-to-back seasons between 2001 and 2002.

Benjani found the back of the net 20 times in 45 starts for Ezenkosi under the guidance of legendary South African coach Jomo Sono.

The Belgium-based forward had two successful spells with Kaizer Chiefs and he is one of the most naturally talented strikers in PSL history.

Known for his speed and finishing ability, Musona played an instrumental role in helping Chiefs clinch two back-to-back Telkom Knockout Cups in 2009 and 2010.

The 2010 PSL Club Rookie of the Season award winner also scooped the league’s Golden Boot award during the 2010/11 season after scoring 15 goals for Amakhosi.

Musona spent the 2013/14 season on loan at Chiefs from German side TSG Hoffenheim and he was among the Soweto giants’ top goalscorers with 16 goals across all competitions.