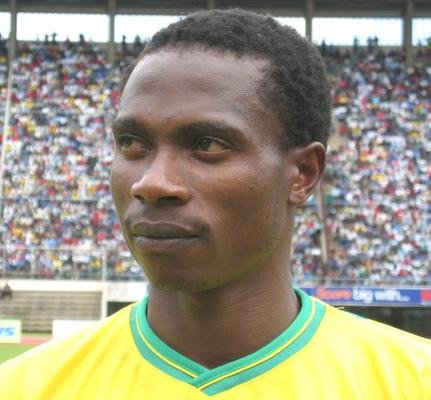 The vastly-experienced Ndlovu joined SA’s Mamelodi Sundowns in 2004. He then went on to spearhead Sundowns coach Paul Dolezar’s frontline.

With his playing days now behind him, he is currently the team manager at Sundowns.

Celebrating Africa Day on Monday, Ndlovu told sundownsfc.co.za: “ Having represented Zimbabwe and Africa in Europe I would like to make this day extra special for the following reasons: it is my beloved continent, 2) I made more friends in Africa that has escalated to brotherhood and family.”

“I am proudly Zimbabwean, but today I am proudly African, as we celebrate Africa Day. Happy Africa Day All Africans, one love, we love you.”

Now aged 47, Ndlovu began his professional career at Highlanders FC in 1988. In 1991 he made the move overseas to Coventry where he enjoyed his most successful stint during his playing days. In the six years he spent at Coventry, he made 176 appearances and scored 39 goals. From 1997 he moved on to Birmingham City where he collected 106 caps, scoring 23 goals.

Another highly successful period followed for Ndlovu from 2001 to 2004, making 135 appearances and scoring 25 goals.

In his time at Sundowns from 2004 to 2008, he scored 20 goals in 81 matches. Further moves followed to Thanda Royal Zulu, Highfield United and Black Mambas in the twilight of his career before finally hanging up his boots at the age of 38.