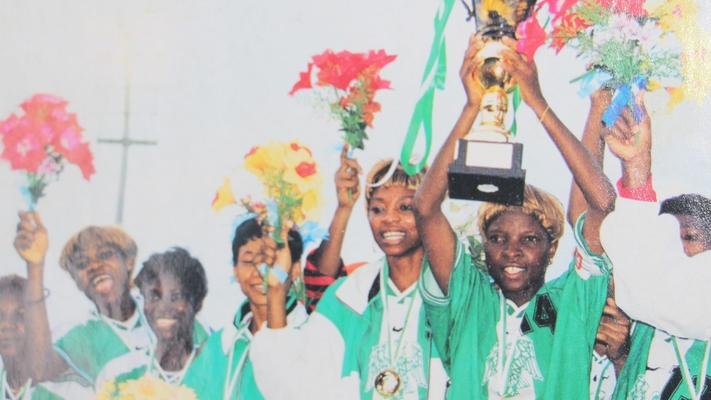 When Nigeria hosted the maiden African Women’s Championship (now Women’s Africa Cup of Nations) 22 years ago, the Super Falcons, took the title in an unbeaten run of five matches scoring a remarkable 28 goals without conceding.

“My period with the Super Falcons always bring back mixed memories and I’m happy about all that the team achieved under my tenure,” Ismaila Mabo, who guided the Super Falcons to many conquests including reaching the quarter-finals of the Women’s World Cup USA 1999, told CAFOnline.com.

“Apart from winning the first edition of the continental women’s championship, there were other things that we couldn’t achieve especially at the Fifa World Cup and Olympic Games.”

But the Falcons were truly on top of their game in 1998 and they started their campaign with a stunning 8-0 win against Morocco at the Ahmadu Bello Stadium in Kaduna.

Led by the then 23-year-old Florence Omagbemi, the Falcons were pure class and they subsequently decimated DR Congo (4-0) and Egypt (6-0) to finish on top of their group with the maximum points.

They hit Cameroon for six without in the semi-final and defeated the Black Queens of Ghana 2-0 in the final with goals in either half by Nkiru Okosieme and Stella Mbachu.

“It was a very huge victory for us and personally for me because the African Women’s Championship was my first trophy with the Super Falcons,” recalled former Super Falcons’ midfielder Maureen Mmadu.

“I was so happy and couldn’t believe it that we’d won the title. My only regret was that I lost my mum during that period but I was not told until I got home after the championship.

“But it’s always a great feeling for me and my teammates to have won that first edition of the African Women’s Championship because it was the beginning of many more successes for the Super Falcons,” added Mmadu, who is the first Nigerian women player to earn 100 caps in her heydays.