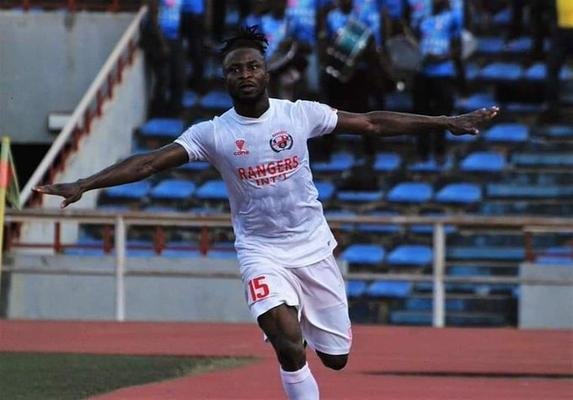 George was travelling with Enugu Rangers teammate Emmanuel Ogbu when their vehicle hit a stationary truck. George was 26, while Ogbu’s exact age is not known but was a member of the club’s youth structure.

The two players and another man – whose identity has been withheld – were travelling to Lagos following the suspension of the Nigerian Premier League.

“The management of Rangers International FC shall, in conjunction with the families of Ifeanyi George and Emmanuel Ogbu, pay a befitting last respect to both players,” a club statement read.

“We mourn their sudden demise. It’s indeed shocking that we are talking of Ifeanyi and Emmanuel in the past tense.”

George earned two appearances for Nigeria as a forward in 2017.

Meanwhile, another Nigeria player Dayo Ojo who represented Enyimba and another player were kidnapped on Sunday.

Kidnappings are quite common in in the country, with former Nigeria captain John Obi Mikel having had a relative kidnapped in the past. In fact, Mikel’s father has been kidnapped twice.

Enyimba have been in contact with the Ojo family and released the following statement: “At this time, and considering the sensitivity of the incident, Enyimba Football Club wishes to call on members of the media to refrain from reports or speculations capable of jeopardising the player’s safety.

“Ojo’s family also wishes to appeal for privacy while joining the general public to pray for the safety and freedom of the player.”