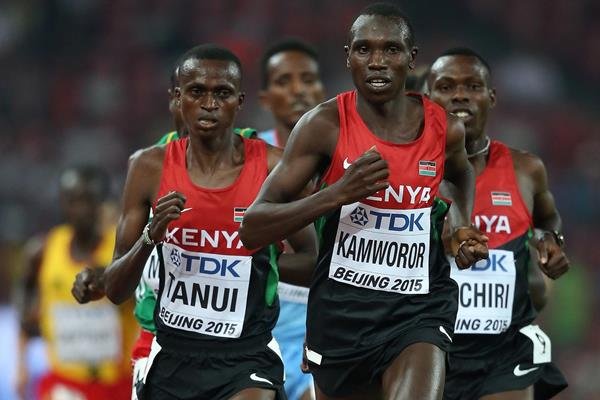 Since winning his first title in Copenhagen in 2014, Kamworor has become one of the finest distance runners of his generation, winning the next two world half marathon and world cross country titles, collecting a pair of New York City Marathon crowns while improving the world record over the distance to 58:01, also in Copenhagen, but five years after his initial triumph there.

He’ll be joined by Kibiwott Kandie, the winner of the Ras Al Khaimah Half Marathon in 58:58 on February 21, the fastest time in the world this year. On February 15, Kandie defeated Kamworor at the fiercely competitive Kenya Defence Forces Cross Country Championships.

Others names include Shadrack Kimining Korir, who finished third at January’s Houston Half Marathon in 59:27, and Victor Kimutai Chumo, winner of last month’s Barcelona Half Marathon where he clocked 59:58.

She’ll be joined by Monica Wanjuhi, who has a 1:09:29 best set last year; Brillian Jepkorir Kipkoech, who finished runner-up at the Houston Half Marathon last month in 1:08:08; Dorcas Kimeli, who improved to 1:07:10 in Barcelona last month; and unheralded Dorcas Jepchirchir.