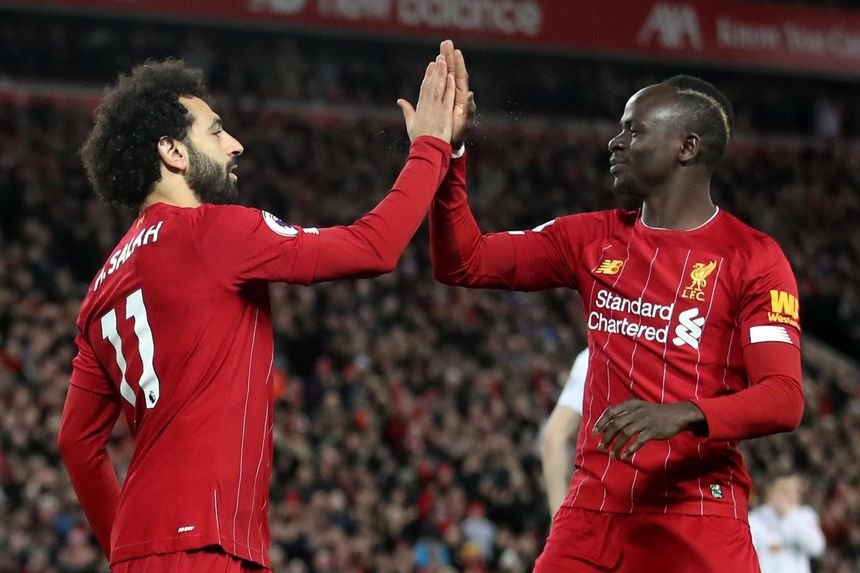 Rapidly-rising Liverpool forwards Mohammed Salah and Sadio Mane have stolen headlines the world over for their breathtaking, goal-scoring performances but what they have done to fight prejudices against the Muslim faith have been just impressive.

Though commonly referred to as “the beautiful game”, football has a markedly ugly side which has seen the rise of bigotry and prejudice often aimed at minority groups.

The Egyptian Salah and Senegalese Mane both belong to the Islam faith, and in the world of football which has always battled the scourge of racism and Islamophobia, their contributions in the fight against it have been pivotal.

The pair of 27-year-olds have been key to the success of Liverpool who last season won the European Champions League and are on course to win the English Premier League title for the first time in 30 years.

Being an icon in Liverpool’s success, Salah, in particular, has been responsible for breaking down barriers in the world of football.

In a study, published last year, by the Department of Political Science at Stanford University, revealed an 18.9 per cent decrease in hate crimes towards Muslims in Liverpool since Salah’s arrival at the club.

As William Marble, a co-author of Stanford University’s study, told LFC Stories:  “Why did hate crimes decrease? There are two speculative explanations that we’ve thought about.

“The second explanation I think is more likely: with lots of people talking about Mo Salah, it became clear that people like Salah are welcome — sending a message to people who are motivated by hate that their views are not widely shared.”

The influence of players like Salah and Mane is especially important in 2020, given the current political climate when the leaders of society feel they can get away with bigotry. Just last year, in a column for the Telegraph British Prime Minister Boris Johnson, compared women in burkhas to “letterboxes”. That incident, according to anti-racism organisation Tell Mama, led to a 375 per cent increase in anti-Muslim incidents.

Salah, a former Chelsea signing, arrived at Liverpool in 2017. And still, in April 2019, a group of Chelsea fans were caught on camera chanting “Salah is a bomber”.

“At the Champions League semi-final in Rome last year, right before kick-off, I was in the stadium and it was time for our evening prayers,” Salim Kassam, editor of The Muslim Vibe, told LFC Stories. “We found a corner to pray in and were greeted by passing Liverpool fans with applause and chants of ‘Mo Salah’. This was unprecedented.”

“Football has the potential to bring out the best and the worst in people, and unfortunately I still feel that not enough is being done to tackle discrimination of all kinds, be it in the stands or on the pitch,” he says.

Kassam’s view is backed by Salma Mousa, another co-author of the Stanford University study. “Players put up with a lot of abuse on and off the pitch,” she tells LFC Stories. “Islamophobic incidents are perhaps less common because there aren’t very many visibly Muslim footballers. It just happens to be the case that LFC has two.”

Liverpool coach Jürgen Klopp said of Salah: “He is Muslim and lives that in a world where these things are very often discussed in a dangerous manner, where people think ‘they are all like this’ or ‘they are all like that’. It’s nice to have somebody around full of joy, full of love and to do what he is doing around his religion. He is very influential for us. And if somebody thinks he is influential for the rest of the world as well then good, show it. It’s an important statement for the world.”

Salah’s famous celebration, known as a sujud, where he drops to his knees with his head on the pitch – was one of the first instances in which he brought attention to his faith.

“It’s something like praying or thanking God for what I have received,” Salah said in an interview with CNN last year. “It’s just praying and praying for a win.

“[I’ve always done that, since I was young, everywhere.”

It’s clear for all to see on a weekly basis then, that Salah and his fellow forward Mane are an inspiration not only to Islam – but to people of all religions.