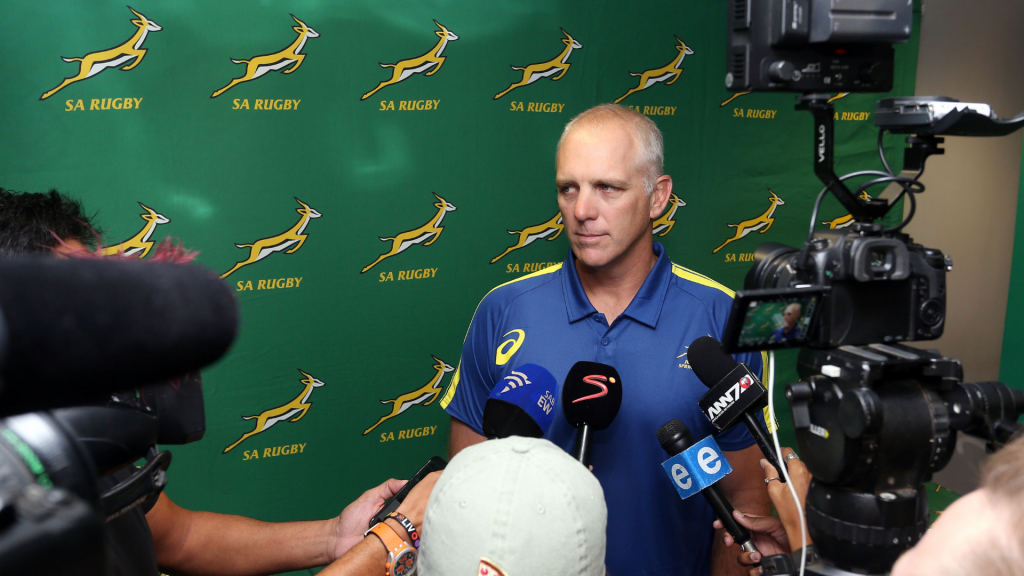 Five players – Celimpilo Gumede (loose-forward) Jaden Hendrikse (scrumhalf), Thabiso Mdletshe (prop), Sibusiso Sangweni (loose forward) and Emile van Heerden (lock) – participated in the 2019 World Rugby Under-20 Championship in Argentina, while they also travelled to Georgia in December last year with another 11 members of the squad as part of the SA Under-19 team.

The alignment camp is the second of four scheduled camps to be hosted at the Stellenbosch Academy of Sport and will run from Monday to Thursday.

The week will be particularly memorable for the Hendrikse brothers, Jordan (Western Province scrumhalf) and Jaden Hendrikse – the SA Under-20 Player of the Year in 2019 – who will have the opportunity to train together.

Ten of the 20 players attended in the first camp, while Jordan Hendrikse, Thomas Bursey (scrumhalf), and Juan Mostert (flyhalf) participated in selected training sessions at that camp.

Roux was satisfied that they had achieved their objectives at the first alignment camp and he looked forward to welcoming a few new players for their second camp.

“The main purpose of the alignment camps is to give us an idea of the talent available with an eye on the season ahead, as the SA Rugby Academy programme and the Junior Springboks play a vital role in developing and grooming the top age-group players in the country for first-class rugby,” said Roux.

“It was good to see the players at the first camp in action and get to know them, and we intend building on the progress made at this camp. We are also excited to see what the players have to offer.

“Fortunately, most of the players in this squad have come through SA Rugby’s junior structures, so they know what is expected of them.”