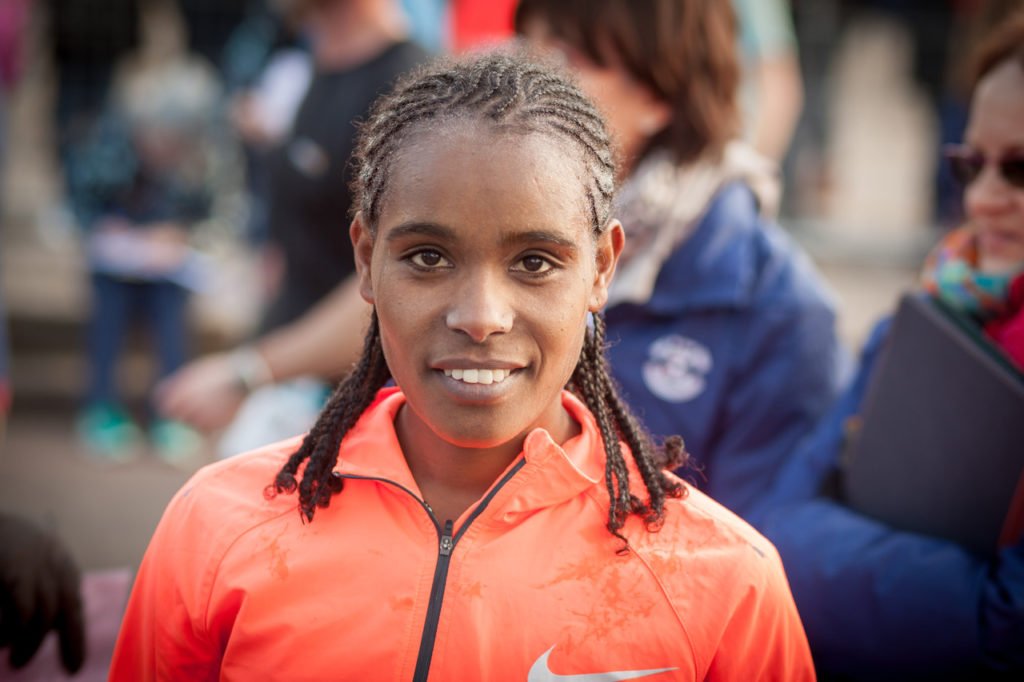 Ethiopians Tadu Abate and Dibabe Kuma will return to defend their titles at the Haspa Marathon Hamburg, a World Athletics Gold Label road race, on April 19.

At 22, Abate is still a youngster in marathon running.

After his biggest career victory in Hamburg a year ago, when he clocked 2:08:25 in wet and cold conditions, the Ethiopian improved his personal best to 2:06:13 in Amsterdam. This year he will renew his rivalry with compatriot Ayele Abshero who finished second after last year’s thrilling finish, just a second behind Abate.

In 2018 Abate had left his experienced rival behind him as well, when the pair finished second and third in Hamburg behind fellow-Ethiopian Solomon Deksisa. Abshero, 29, who has a world-class personal best of 2:04:23, will be eager to beat his younger rival this time.

Kuma returns to head the women’s field after her surprise last year when she produced a great solo run in the poor conditions to wi in 2:24:42.

“This is a very good course,“ the 23-year-old said after that race, suggesting that in more suitable conditions she could have improved upon her personal best of 2:23:34.

Fellow-Ethiopian Meseret Belete will be one of her main challengers. Just 20, Belete was sixth at the 2018 World Half Marathon Championships and holds a marathon PB of 2:24:54.

Local attention will fall on German star Philipp Pflieger (2:12:50 PB), who is gunning for the Olympic qualifying standard of 2:11:30. He showed good form two days ago when he improved his PB in the half marathon to 1:02:50 in Barcelona. Two other Germans who also recorded personal bests in the Barcelona race also have Olympic ambitions: Twin sisters Deborah and Rabea Schöneborn, who will run a marathon together for the first time.

While Deborah won the Cologne Marathon last year – though without proper competition – in 2:31:18 in her debut, Rabea will be making her debut in Hamburg. Judging from their preparation, the 25-year-old twins appear to be at the same level. Both clocked lifetime bests in Barcelona, Deborah 1:11:37 and Rabea in 1:11:40 to finish eighth and ninth, respectively.