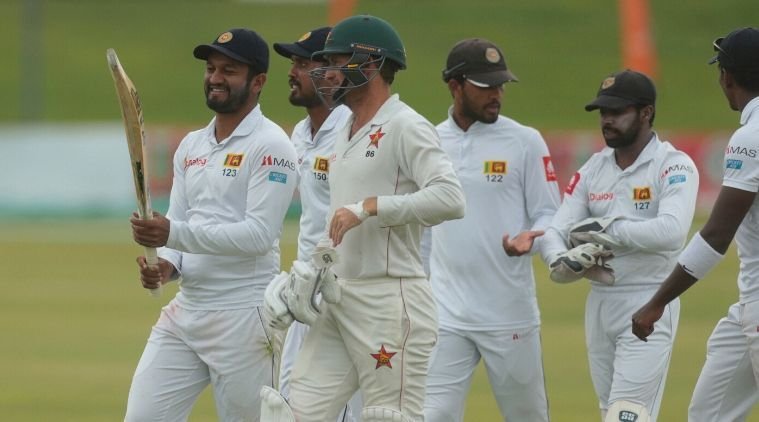 Zimbabwe extended their second-innings lead to 354 on day four of the second Test with Sri Lanka at Harare on Thursday.

Poor weather, however, blighted Zimbabwe’s hopes of advancing to a declarable total quickly, with just 54 overs of play possible across the day.

Nevertheless, when they were on the field, the hosts’ batsmen showed plenty of initiative. Despite the early loss of Regis Chakabva to Lasith Embuldeniya, Brendan Taylor picked up where he left off in the first innings, attacking his way to a quickfire fifty. All in all, his 75-ball 67 featured eight fours and one six, with Lahiru Kumara the bowler to end the onslaught, pinning him lbw.

The stand between Sikandar Raza and Sean Williams that followed ensured that Taylor’s good work was not to be undone. The pair put on 70 in 18.2 overs to build momentum, extending Zimbabwe’s lead past the 300 mark.

But the dismissal of Raza to Vishwa Fernando was followed not long after by the rain, which washed away the rest of the second session.

Only 5.4 overs were bowled after play eventually did resume, with Sri Lanka adding the wicket of Tinotenda Mutombodzi to their collection. Williams remained, unbeaten on 47, continuing an excellent individual Test match that returned a century in the first innings.

Friday will see an earlier start, with the match set-up for a thrilling finish, should the rain relent.