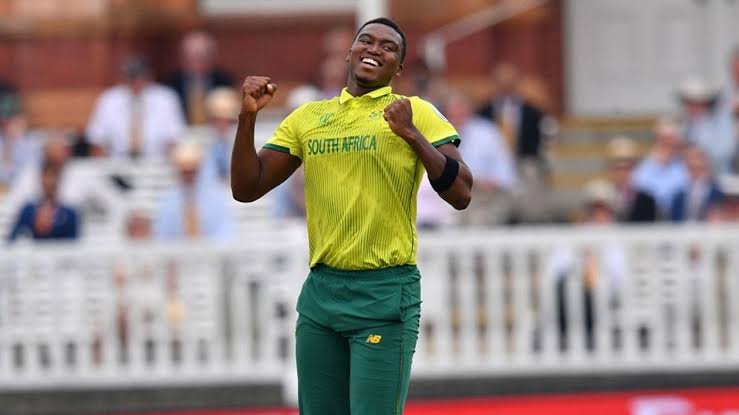 South Africa seamer Lungi Ngidi, spinner Tabraiz Shamsi and all-rounder Jon-Jon Smuts are back in contention for the one-day international series against England, which begins on February 4.

All three players have passed their fitness tests at CSA’s strength and conditioning camp. Sisanda Magala, who was also at the camp and named in the ODI squad, has not yet met the fitness requirements and will continue to work with fitness trainer Tumi Masekela, targeting the three-match T20 International series that takes place after the ODIs.

“I’m proud of the work that’s been achieved by the four players who have been in our high-performance camp for the last three weeks,” said Graeme Smith, the Cricket South Africa interim Director of Cricket.

“I’m pleased that Lungi, Tabraiz and Jon-Jon have been declared fully fit to join the ODI squad and I’m confident that Sisanda will be in that circle soon enough. He has put in an immense amount of work over a short period of time and we want to ensure he has the tools to deal with the high demands of international cricket when the opportunity arises.

“The Proteas men have an incredibly busy year of limited-overs cricket ahead of them and we want to be certain that our players are up for the demands that will come.”

Ngidi will return to the Proteas side for the first time since December. He last played competitive cricket when he featured in the Mzansi Super League in early December, when he injured his hamstring. Hence, he was not available for the Test series against England, which South Africa lost 3-1.

Smuts, who was withdrawn from the T20Is against India in September 2019, has passed all the fitness requirements. Shamsi has also been declared fit and will be vying for a spot in the team along with fellow spinners Smut and the uncapped Bjorn Fortuin.

Along with Fortuin, the Proteas squad also includes newcomers Lutho Sipamla and Kyle Verreynne and new ODI captain Quinton de Kock is excited at the prospect of mentoring a young side.

“It’s an exciting group of youngsters that the selectors have picked and it’s a clear sign to everyone that if you put in the hard yards consistently enough, it will pay off eventually,” he said.

“We’re excited to take on a team like England who have had a really good season.

“It’s a good way of measuring ourselves against the current ODI world champions and the right kind of challenge for everyone from the new guys to the senior players. It’s going be a good, quick and tough series and I’m looking forward to it.”