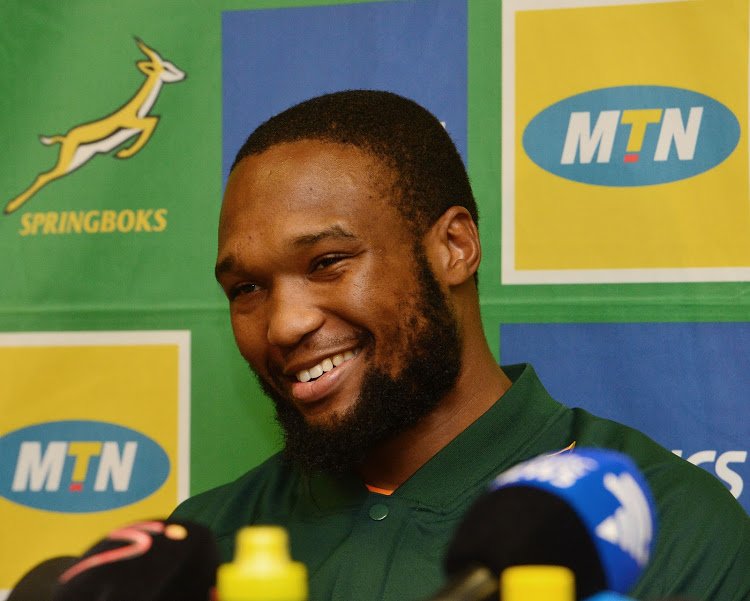 The Sharks on Tuesday appointed  Springbok centre, Lukhanyo Am, as captain for the 2020 Super Rugby competition.

The 26-year-old started his rugby at Border before his career took off with the Southern Kings in 2016. Later that year he made the move north to Durban as his career has steadily progressed.

Reacting to his appointment, Lukhanyo said: “It is a huge honour and privilege to be chosen to lead this team of brothers. We have an exciting new squad of players and management, who are eager to make their mark and to see us grow as a group.

We will all be working together with positivity and eagerness, making sure the team always comes first.”

Commenting on Am’ s appointment, coach Sean Everitt stated: “Lukhanyo brings a winning culture to the Cell C Sharks.  He has an enormous presence on the team and is a brilliant rugby player.

“I respect his commitment and dedication to the Cell C Sharks and I have no doubt that his captaincy role will inspire the young players around him to give off their best.”

“Lukhanyo will be ably assisted by a group of co-leaders who will provide valuable input and support in key areas of the Cell C Sharks game, added Everitt.

“Scrumhalf Louis Schreuder, himself no stranger to a leadership role, will assist with game management, while Andre Esterhuizen will provide defensive support, with another World Cup winner in Makazole Mapimpi managing our transition and Curwin Bosch assisting with our attack.

From a forward perspective, Thomas du Toit will assist with set-piece feedback.”

With less than two weeks to go to the start of the tournament, Everitt has also announced his 45-man squad who will do duty during the Cell C Sharks 2020 campaign.