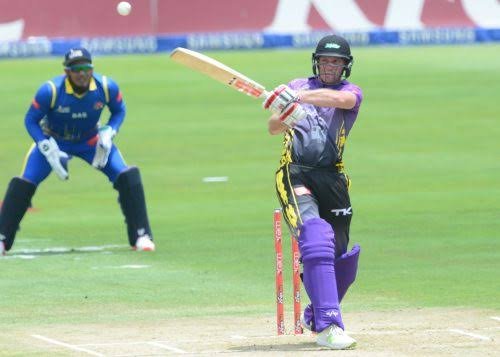 Sarel Erwee struck a steely 136 before the Dolphins‘ bowlers cut through the batting of the Lions as they reached the halfway stage of their 4-Day Domestic Series clash against the Lions well-placed in Pietermaritzburg on Tuesday.

The hosts, who resumed on 231/2 overnight, posted a first innings score of 381 and then reduced the top-of-the-table visitors to 122/8 by stumps at the City Oval.

Erwee was the key contributor with the bat, following on from his captain Marques Ackerman’s day one 107 with a fine sixth career ton of his own.

He resumed on 89 overnight, going on to bat for just over seven hours, facing 330 balls and striking 17 fours along the way.

His main support on day two came from 47 by Vaughn van Jaarsveld.

There was some joy for the Lions too as Wihan Lubbe, a batting star during the 2019 Mzansi Super League (MSL), picked up a maiden career five-for thanks to his return of 5/43 that curtailed the innings of the hosts.

But that proved to be the only highlight for the defending champions on day two.

They were then slain by the home bowlers, limping to stumps still 259 runs in arrears.

Daryn Dupavillon proved to be the key destroyer with three for 19 in eight dangerous overs before spinners Senuran Muthusamy (2/36) and Prenelan Subrayen (2/21) wove their magic.

Reeza Hendricks with 49 proved to be the top-scorer with the next best effort being a 22 by Joshua Richards.

By the close, the Dolphins had moved into a powerful position and complete control of the round seven fixture.