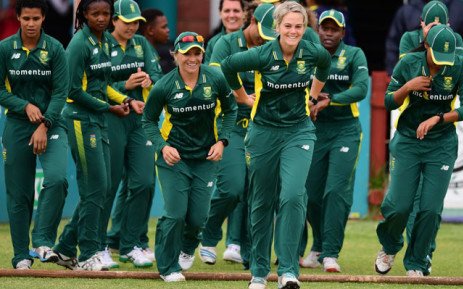 The Proteas Women who have been in Auckland for over a week have been hard at work gearing up for the opener of the three-match ODI series which starts on Saturday at Eden Park.

Van Niekerk who is making a comeback into the team after a lengthy period out with injury is confident that the team has prepared well for the ODIs, especially after securing a 27-run win in the warm-up game against the Auckland Hearts on Wednesday.

“The preparations have gone very well, we can’t ask for anything more to be honest,” said the skipper.

“The last few days we had a really good practice game where the team got a chance to spend some time in the middle and I will say that the team is very well prepared. Hopefully, we can come into the series and start well. It is important that we start on a good note because it is a very short series and we can get some confidence going into the T20 series as well.”

The first ODI will be played Eden Park outer fields, the venue where the White Ferns have made it their stomping ground and will look to defend their home turf against a well-balanced Proteas outfit.

Having had a look at the pitch in today’s training session, Van Niekerk feels that it will be a good batting wicket and is backing her batters to take advantage of the conditions.

“I saw the pitch today and looks like a good pitch that will be a good batting surface. I see It lasting pretty much for the fifty overs. Slow bowlers always have a role to play in fifty over cricket. Hopefully, our batsmen can capitalise and make some runs.” she added.