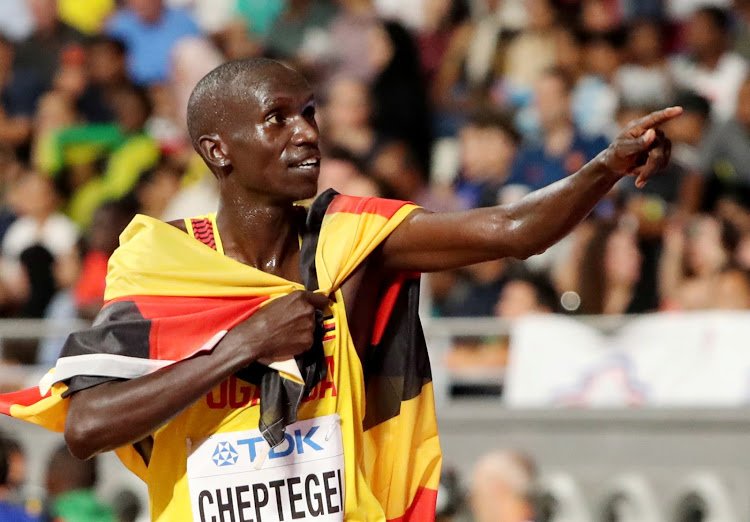 The Ugandan star clipped six seconds from the previous record of 26:44 set by Kenya’s Patrick Komon in 2010 to complete a sensational 2019 hattrick that included world titles in cross country and 10,000m on the track.

Pacesetter Roy Hoornweg (NLD) covered the opening kilometre in 2:42 before Cheptegei moved to the front briefly demanding a quicker pace, a demand that was met – by the second kilometre the clock read 5:42 for a 2:40-kilometre split.

Once Hoorweg dropped out, Stephen Kissa and Abdallah Mande took command with Cheptegei in tow, with the Ugandan trio covering three kilometres in 7:57, well inside the world record schedule.

Following a 2:41 split for the fourth kilometre, Cheptegei overtook the pacemakers before the halfway point, reaching 5km in 13:23, one second shy of the world record for that distance.

Running on his own over the entire second half, a determined Cheptegei reached 6km in 16:02 and 7km in 18:42. Cheptegei forged on, reaching 8km in 21:37 when it became clear that the world record was within reach.

With 23:59 on the clock at the 9km point, Cheptegei needed to cover the final kilometre in 2:45, a close well within his capabilities.

“World cross champion in Denmark, 10,000m world champion in Doha and now the world record here in Valencia. What a year it has been,” the 23-year-old said. “I can’t believe it! I knew that Valencia was going to be a really fast course, one of the fastest in the world. So to get to achieve what we came here for is something really special.”