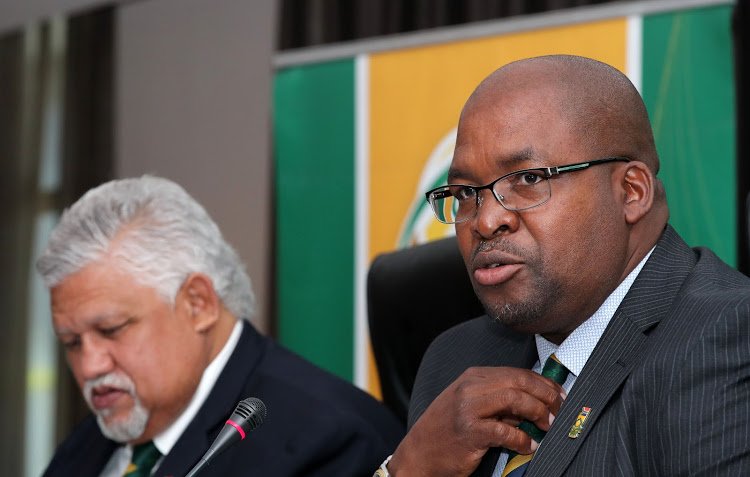 Despite the suspension of Cricket SA (CSA) CEO Thabang Moroe, the SA Cricketers Association has called on the entire CSA board to be removed.

The board of Directors of Cricket South Africa (CSA) on December 6, put Moroe on ‘precautionary suspension with pay, due to allegations of misconduct, pending further investigations’.

Earlier in the day, Standard Bank had informed CSA that it will not renew its agreement as to the title sponsor of the SA men’s cricket team when it concludes on April 30, 2020.

“We are astounded that the board of CSA which has led the organisation during a tumultuous period when all this has happened now refuses to take responsibility for the deep, deep crisis in which cricket finds itself.

“No one disagrees with the removal of the chief executive, but to suggest that the buck stopped with him alone, and for the board to cling so desperately to power, is a matter for serious concern.

“The president and other board members, in fact, ignored the legitimate concerns of Saca and the players for months in the same way that the chief executive did.

“Formal and detailed letters were sent not only to the chief executive but also to the president and chairman of the finance committee dating back several months. No replies to the letters were ever received. This happened long before Saca launched its court proceedings.

“When Saca’s court application was filed at the end of May 2019 we believe it became incumbent on the board to, at very least, take a good look at the risk that this presented to the organisation, and to the game, and to deal with it expeditiously.  Instead, CSA has delayed the proceedings for months and its answering papers were only filed at court in November 2019.

“In August 2019 there was also a real opportunity to resolve the court case and the domestic restructure issue, and to deal with the financial concerns. This directly involved the president, vice president and the chairman of the finance committee and the audit and risk committee (who were all members of the board).

“A roadmap agreement was agreed in principle at the meeting but there was then a refusal to follow up on the agreement, despite several requests to do so by Saca.  The president himself eventually replied to Saca some seven weeks later stating that CSA would not enter into such agreement with the players’ association, effectively scuppering any chance of resolving these issues for the players.

“Saca has noted the appointment of Jacques Faul, as the acting chief executive, and is prepared to deal with him in good faith in order to attempt to resolve as many as possible of the current crises affecting the players.  Saca will not, however, lend credibility to the board of CSA by dealing with a ‘negotiating panel’ if this comprises any board members.

“It is hoped that the new chief executive will appoint a highly competent director of cricket so that, even at this very late stage, he can start putting the best possible professional structure around the Proteas team.

“Cricket has been severely damaged by its own leadership and the game desperately needs the right people in whom the cricket stakeholders, including the players, can trust in attempting to fix as much of the damage as possible.”