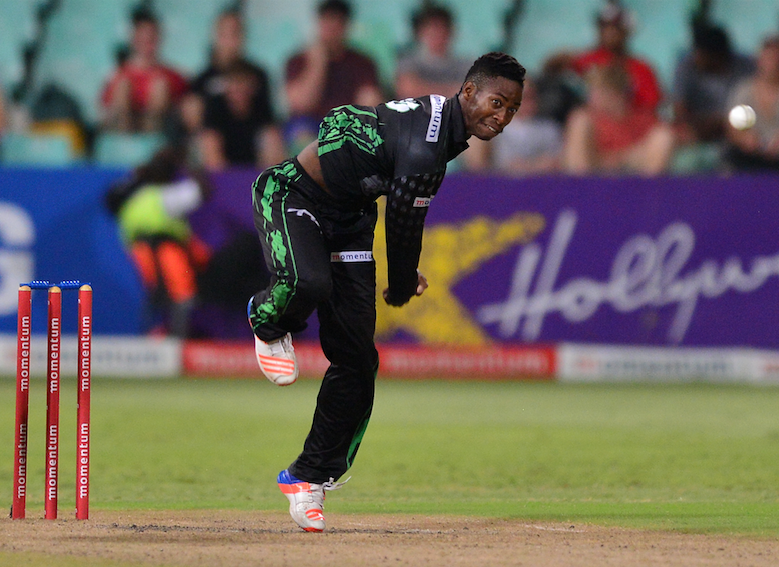 Paarl Rocks batsman Sibonelo Makhanya is delighted that local players are also using the Mzansi Super League (MSL) as a platform to enhance their own reputations – and not just play in the shadow of the big names involved in South Africa’s blockbuster T20 spectacle.

The 23-year-old, along with several of his lesser-known teammates, has been making waves for the Cape Winelands team in recent matches and they will again need to be on top of their games should they be afforded the opportunity against the red-hot Durban Heat at Boland Park on Wednesday.

Makhanya struck a career-best 63 for his team as they took sole lead in the race for the MSL playoffs on Sunday by ousting defending champions Jozi Stars.

Others that have been making gains at the Rocks include Ferisco Adams and Mangaliso Mosehle, while there have been plenty of other examples at the other five franchises.

The Durban-born youngster is delighted for all those unfamiliar faces that have impressed. “It’s not always about the bigger players in the change room, it’s also about what you can get from your own peers and guys that do well on the (local) circuit,” he said.

Makhanya has played five of the Rocks’ eight games thus far, helping them surge to the top of the table with 23 points, nine ahead of the Heat, who must win the game if they want to retain hopes of still securing top-spot and an automatic ticket to the final.

A win for the home side will all but assure them a top-three finish.

For Makhanya, though, the focus remains on improving as a player and he is just grateful for the opportunities being afforded to him in Paarl.

“My career has been frustrating in a way,” he added. “It’s just amazing when it comes together like that, it just keeps me believing that I can actually do it, that it’s still in me.

“I’m still young and there’s a lot for me to learn and that’s what I’m trying to take from some of the guys around me.”

Meanwhile, Dane Vilas, the Heat captain, admits that confidence in Durban is as high as it has ever been during an MSL campaign.

Last year’s wooden spoonists are on a roll with those successive wins that have vaulted them back into contention.

And going to Paarl is an exciting prospect for the skipper.

“The boys are pumped,” Vilas said. “Obviously gaining some momentum is what we spoke about earlier. They wanted to get playing and playing good cricket at that, which is what we’re doing at the moment and that’s awesome.

“We’re excited about the next three games and potentially more. The Rocks are a nice side to play against because they are quite far ahead of us and we need to catch up points. The best way to do that is to play against the top side and do well against them.

“We want to do well against them They’re a good outfit. But I think we’re pretty confident that we can beat them considering the way we’re playing at the moment, so we’re looking forward to it.”