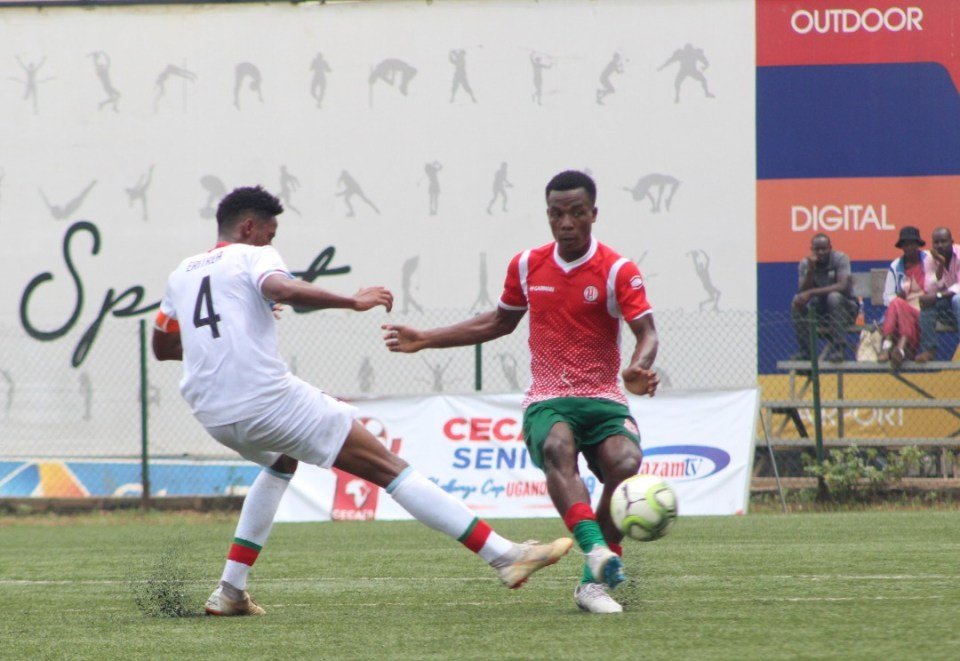 Eritrea provided the biggest upset so far at the Council for East and Central Africa Football Associations (Cecafa) Senior Challenge in Kampala, Uganda, beating a fancied Burundi side 1-0 in their Group A opening match at the Lugogo Complex, on Monday.

The result was a blow in Burundi’s ambition to qualify for the semi-finals of the tournament as they must now win both their remaining games and hope the other matches end in their favour. Burundi were beaten 2-1 by Uganda in their opening match last week.

For Eritrea, the result is a massive boost especially noting this will be their first appearance at the tournament since 2012 when coincidentally the tournament was also held in Uganda.

Eritrea coach Efrem Haile was more than pleased with the result.

“It is such a huge joy for us because coming back to this competition and winning against a good team like Burundi only gives us joy. We worked hard and fought for every ball. Now this result will give us belief that we can actually qualify for the semi-finals.”

Burundi coach Olivier Niyungeko said: “I am very disappointed with my players because the way we played is not the way I expected us to. After losing the first game I expected us to come back better, but we couldn’t. We didn’t pass the ball well, in attack we were blunt and it is such a disappointment.”