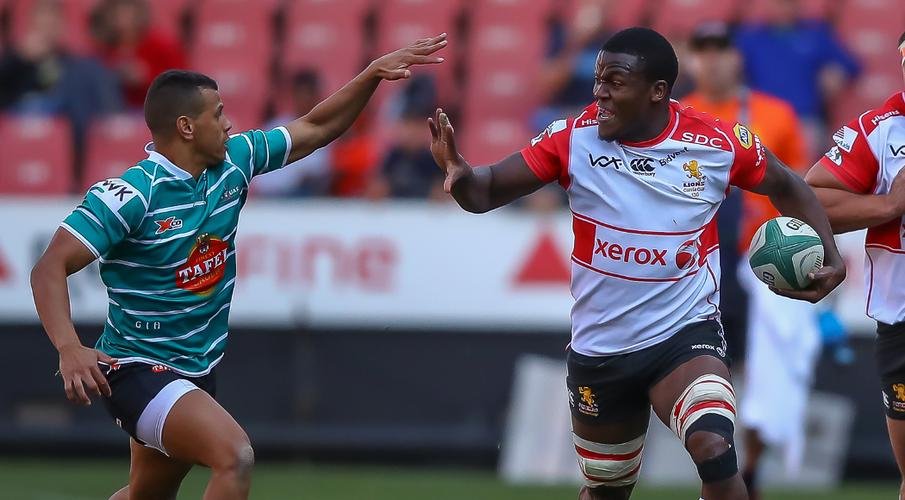 Hacjivah Dayimani plans well for most things in life, so it was not that unexpected when his phone rang and he received the message to join the Blitzbok squad for the Cape Town Sevens, but when it became reality, the Lions loose forward went blank.

“I was so excited when I saw that, I actually became nervous and for a second did not know what to do. I said to myself, what now, where now,” a beaming Dayimani said after he joined the squad at their Cape Town hotel.

“I am so excited now and can’t wait to get to the training field.”

Dayimani made his senior sevens debut in Dubai last weekend, where he helped the SA Rugby Sevens Academy to clinch the Airline Dubai Sevens International Invitational tournament, scoring tries in the quarterfinal, semi-final and final of the event.

“Dubai was a great tester for me, it being my first tournament at this level,” said Dayimani.

“I had some great opportunities to learn as there were different scenarios in every game and that helped me a lot and will continue to help me with future tournaments coming up.”

He appreciated the game time: “I needed that. One needs to play sevens to understand the game better and I am definitely feeling better after last weekend.”

“Hacjivah had to recover from an ankle injury when he joined us and that delayed his integration into playing time on the field,” said Powell.

“We are hoping to have him around for the Australasian leg of the World Series, but there are no guarantees with that, so we were keen to give him a chance. In Dubai, he was guaranteed lots of playing time with the Academy side, so we decided to name him in that squad.”

Powell will finalise his 12-man tournament squad on Thursday.