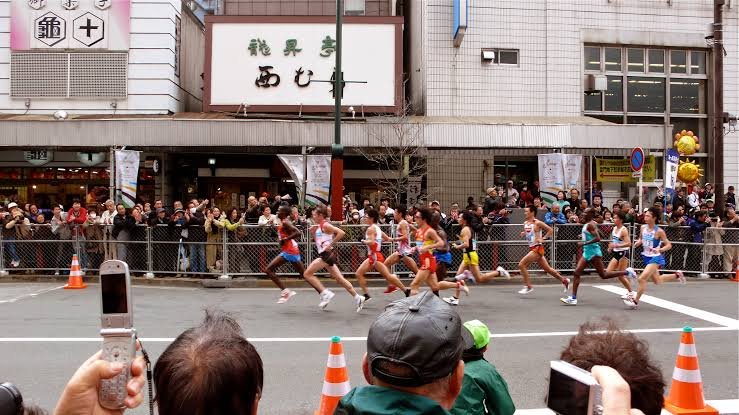 Breaking away from Fatuma Sado with 10km to go at the Saitama Marathon, Peres Jepchirchir, running her first marathon outside of Kenya, won the World Athletics Silver Label road race in 2:23:50.

The Kenyan’s winning mark was the second-fastest time at the Saitama Marathon, just 32 seconds shy of the course record of 2:23:18 from 2016. Jepchirchir, the 2016 world half marathon champion and former world record-holder at the distance, was contesting just the third marathon of her career. Her official best for the marathon was modest – by her standards – 2:46:15 recorded in Eldoret in 2018.

Two pacemakers – Stacey Ndiwa (KEN) and Perine Nemgampi (KEN) – pushed the race at a course record pace with Jepchirchir, Belaynesh Oljira (ETH), Sado (ETH) and Rahma Tusa (ETH) in tow. Their pace up to 15km (50:36) was consistent and steady, but it dropped slightly before the half-way point, reached in 1:11:31.

At 29km, Oljira was surprisingly the first of the top contenders to fall off the pace, and with the pacemakers exiting the course at 30km, Sado, Tusa and Jepchirchir formed the lead trio, nine seconds ahead of Oljira.

With Jepchichir forcing the pace, Tusa fell behind at 31km and then Sado did likewise one kilometre later, leaving Jepchirchir out in front alone.

Jepchirchir slowed slightly in the closing stages, but at 40km she had a two-minute lead over Sado. Her margin had grown to almost three minutes by the finish line, which she crossed in 2:23:50.

Sado, who dropped out of last year’s Saitama Marathon before going on to win the Osaka Women’s Marathon one month later, finished second, while Oljira, the fastest woman in the field with a PB of 2:21:53, finished third. Nina Savina of Belarus finished fourth in a PB of 2:28:44, taking 22 seconds off her best set in Warsaw earlier this year.