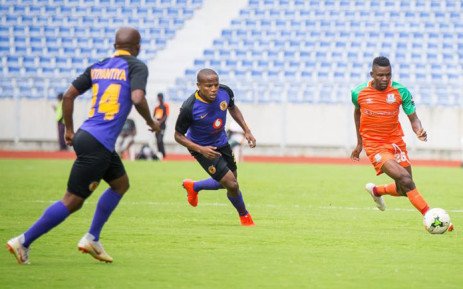 Zambia’s Zesco United are optimistic they can end their competitive drought in away matches against Angola’s Premiero de Agosto on Saturday in Luanda, Angola.

The two sides will meet in the opening Group A match of the Total CAF Champions League 2019/20.

The Zambian club makes its third visit to Angola and are still without a win thereafter Agosto and CRD Libolo beat them at the same stage 2-1 in Luanda and 3-0 in Calulo in previous Champions League and Confederation Cup matches.

Zesco are unbeaten in both the domestic league and continental action this season with a competitive haul of 12 wins and two draws.

“The first games are always important and every team would want to collect points and we are not an exception. Because first games give you direction, so we are going to fight,” said George Lwandamina, Zesco United’s coach.

“It won’t be an easy game but we have done enough despite coming back from an international break.”

A positive start is vital for Zesco who have a home date against five-time champions and neighbours TP Mazembe in the “Copper Derby” on Match Day Two on 7 December in Ndola.

Zesco have no injury concerns and striker Jesse Were returns after another modest outing for him in the Total 2021 AFCON qualifiers for Kenya.

The Kenyan has been in hot form for Zesco this season with 10 league goals and another two in the premier continental championship.

Elsewhere in Lubumbashi (DR Congo), Mazembe host Egyptian giants Zamalek in the other Group A match also on Saturday.