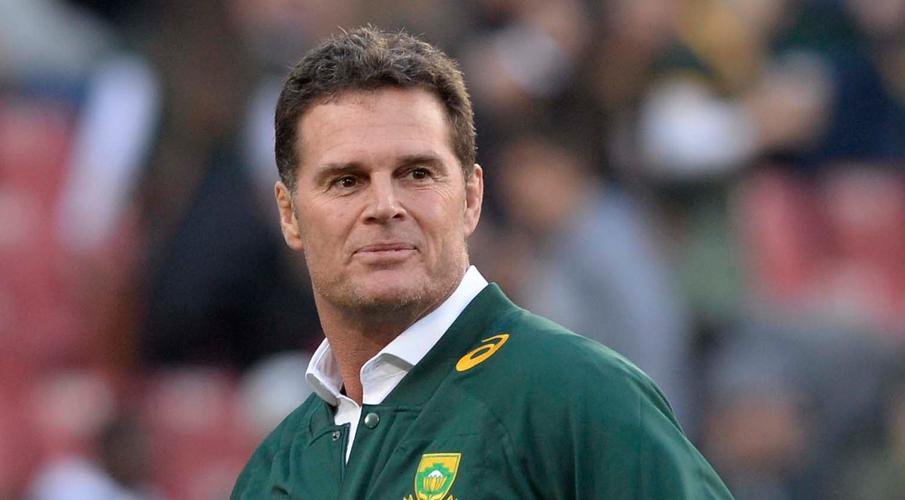 Whatever the outcome of Saturday’s RWC final will be, the Springboks will need a new coach because Rassie Erasmus has decided to vacate the hot seat of South African rugby.

Erasmus confirmed at Thursday’s team announced that he will relinquish the job as Boks’ head coach to concentrate on his director role. He hopes, of course, to finish on a high.

“It’s an emotional one in the sense that I didn’t think 25 Test matches will go that quickly.

“It’s sad that it is only for three days and then it is all over. But me being involved again, gives me such hope for what rugby can do for South Africa.

“I was one of those guys three years ago who said, ‘Let’s just play, boys, let’s just play’. But I’ve totally changed my mind. I believe if we play the right way, and with the passion, and the people can see it, it just helps people forget about their problems, and agree with things.

“Whatever happens on Saturday, we have to make sure we use this for the next four, five, six, seven years, that it doesn’t get lost again, the positivity.”

“It might not have been Rassie Erasmus’ intention to become Springbok head coach when he returned to South Africa but he has taken to the role with aplomb. An astute tactician, he has bonded the team together impressively and been rewarded with results.

“This year South Africa have won the Rugby Championship title and recovered from a pool-stage defeat to the All Blacks to power into the Rugby World Cup 2019 final.

“The Rugby Championship winners are bidding to create Rugby World Cup history by becoming the first team to lift the Webb Ellis Cup after losing a match, against New Zealand in their Pool B opener. That loss, 23-13, is their only one of the year, having won nine and drawn the other of their 11 tests.

“The Springboks have risen to number two in the World Rugby Men’s Rankings for the first time in more than four years after reaching a first RWC final since 2007.”