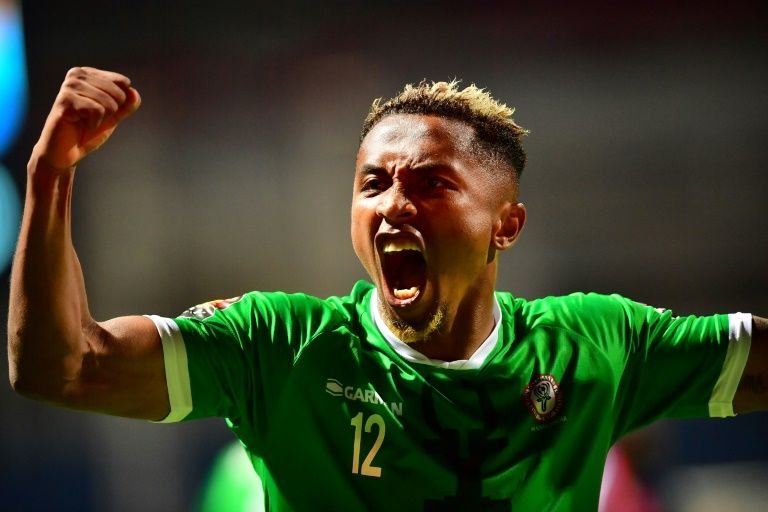 Madagascar came from behind to run riot in Niamey, thrashing hosts Niger 6-2 in a 2021 Africa Cup of Nations (Afcon) qualifier and storm to the top of Group K with a 100 per cent record.

Madagascar, one of the surprise packages at this year’s showpiece in Egypt showed the hunger to book a second consecutive slot in the Cup of Nations with Lalaina Nomenjanahary scoring twice as skipper Anicet Abel, Carolus Andriamahitsinoro, Paulin Voavy and Jeremy Morel adding one each.

The home side broke the deadlock through Amadou Wonkoye, but could not stand the ensuing storm by the Barea.

Wonkoye scored after five minutes when he curled a left-footed freekick over the wall beating keeper Melvin Adrien. But it only took four minutes for the Barea to gore back level when Nomenjanahary sent a thunderbolt into the net after the Niger defence failed to clear a Voavy cross.

It was 2-1 after 27 minutes when Nomenjanahary struck low from the edge of the area after a training ground routine off a freekick saw Carolus roll the ball into his path from the left, the entire backline caught flat-footed.

Niger almost grabbed an equaliser two minutes later, but skipper Ouwo Moussa’s header from a Wonkoye cross came off the bar. They were made to pay for that miss in the 33rd minute when Abel scored from the penalty spot after Carolus was brought down inside the box by keeper Kassaly Daouda.

All signs that it would be a rout were visible when Madagascar made it 4-1 in the 38th minute after Romain Metanire’s attempted chip over the keeper from distance hit the crossbar and Carolus reacted quickly to tap home the rebound.

Madagascar kept the same form in the second half and eight minutes after the restart, Voavy added the fifth for the Barea with a sumptuous volley inside the box after controlling Ibrahim Amada’s cross on his chest to set himself up.

The experienced Morel then added the cherry on the cake in the 64th minute with a looping header off a Nomenjanahary corner. Yussif Moussa scored the second consolation 14 minutes from time, with a tap-in from the box after Madagascar lost the ball in a dangerous area.

Meanwhile, at the Stade Cheikha Ould Boïdiya in Nouakchott, the home side picked a 2-0 win over the Central Africa Republic to move second in Group E, trailing Morocco on goal difference.

Moctar El Hassen broke the deadlock in the 28th minute before Diallo Guidileye cemented the lead on the stroke of time.