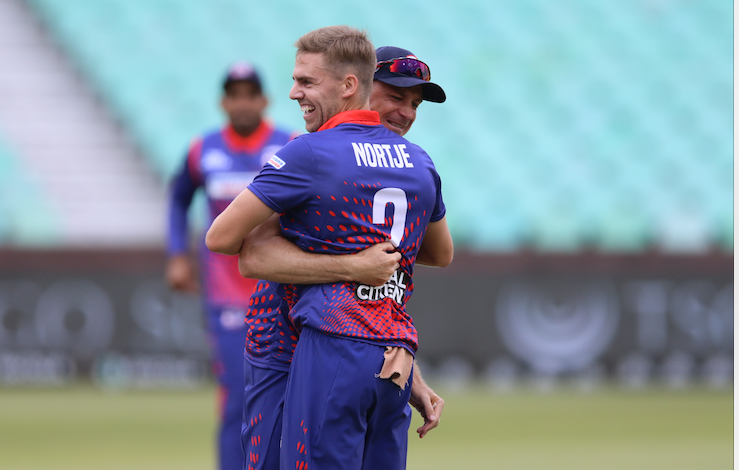 Nelson Mandela Bay Giants coach Eric Simons insists that their strong start to the Mzansi Super League (MSL) season will count for little if they cannot continue the momentum they have built after the first three games.

The Eastern Cape franchise are second on the competition standings heading into their big top-of-the-table showdown against leaders the Cape Town Blitz at St George’s Park in Port Elizabeth on Wednesday.

The Giants have enjoyed strong double wins over defending champions the Jozi Stars, the second with a bonus point, and were also on top of Tshwane Spartans before rain forced a washout.

“It’s obviously good to have a good start, but it’s early days and the tournament still has a long way to go,” Simons stated. “It’s nice to have had a good start, to get two wins under the belt and then the bonus point just adds to that.

“The fact that we up at the top of the table is nice, but the Blitz are also there and fact that any side can beat anyone in this competition, the position at this stage doesn’t mean much. There are no weak squads in the competition, so we’ll take each game as it comes.”

Their bowling has been excellent, with Junior Dala, Imran Tahir and Chris Morris among the top five bowlers. Englishman Ben Dunk, meanwhile, is their top batter, but Simons says that momentum is king in such a competition.

“We often talk about this word and certainly teams get momentum in this competition,” he added.

“Sometimes you get into situations where you don’t know how you’re going to win the next game and then other teams get into a situation where they just seem to win every game.

“And that’s the momentum we talk about all the time. It’s important to keep the momentum going for us and understand why we’re winning and then improving on the things we aren’t doing well.”

Like the Giants, the Blitz too have found momentum after winning three out of their first four matches.

Last year’s runners-up overcame the Durban Heat in their latest assignment on Sunday, prompting suggestions that the Cape side were the early-season favourites for MSL.

But captain Quinton de Kock is not worried about the talk and more interested in the walk – and the actual delivery of results for his side. “We’re not really worried about what people are saying,” he stated. “They can talk about favourites and not favourites, so be it, we’re just here to play the game of cricket.

“That’s what we’re really enjoying at the moment and we’ll hope to continue doing that in the next game.”

De Kock was also not too fussed about what the Giants were doing right this season. “We’re just going to focus on ourselves, taking it game by game,” he concluded. “We’re just going to try and stick to the processes and not worry about the end result or anything that’s going on around us.

“I think if we can focus on the process, everything else will look after itself.”