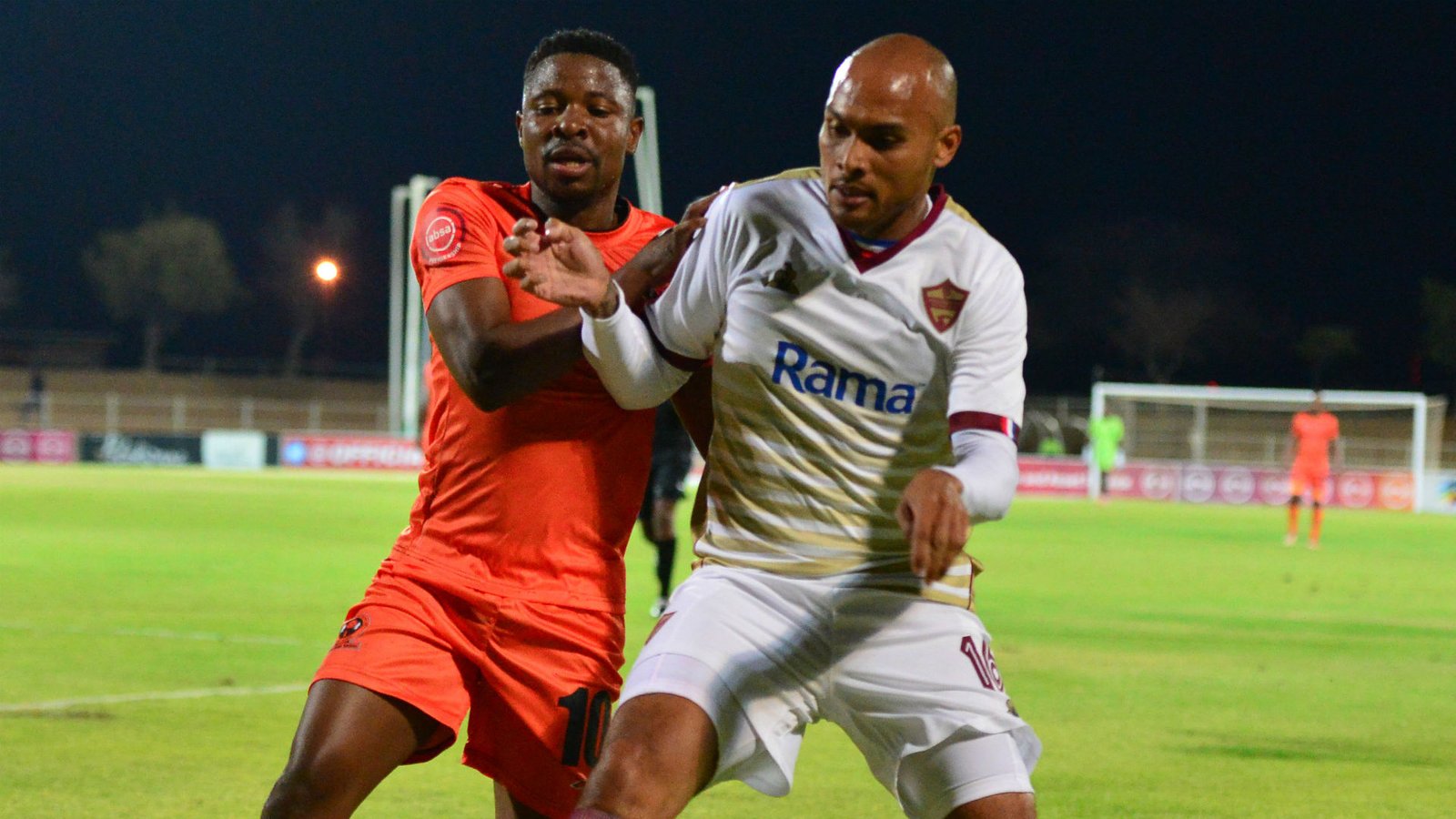 It was a great result for top-flight rookies Stellenbosch as the victory was their first of the season and the fact that it was away from homemade the fighting performance all that more impressive.

The win moved the Western Cape club up to third-from-bottom on the log standings – and coach Steve Barker will be heartened that he has something to work with going forward.

The game kicked off rather cautiously, with neither team prepared to risk too much. They kept things tight and compact, and play was restricted largely to the midfield area.

But it all came to life in the 15th minute. Polokwane lost possession in midfield, the ball fell to Stellenbosch striker Waseem Isaacs and he speared in on goal. He fired in a sweetly-struck shot that easily beat Polokwane goalkeeper George Chigova, and the Cape Winelands side were 1-0 ahead.

Five minutes later, Stellenbosch were 2-0 up and the goal came courtesy of Iqraam Rayners.

Polokwane tried their utmost to get back into the game, but, while they had lots of possession, they were unable to break down the organised Stellenbosch defence.

Four minutes into the second half, Polokwane brought on Wiseman Maluleke in place of Njabulo Buthelezi. It was a clear indication that the home side was looking for more impetus in attack.

Polokwane dominated the second half and had a few half-chances to score, but found Stellenbosch goalkeeper Boy de Jongh and his defence equal to the task.

Puleng Tlolane and Jabu Maluleke tried to inspire a Polokwane fight back, but the opposition sat deep and proved difficult to break down.

Polokwane made another change in the 76th minute in a desperate bid to find a way through, with William Nku replacing Walter Musona.

But as hard as they tried, they were unable to make a dent in the stubborn Stellenbosch resistance.