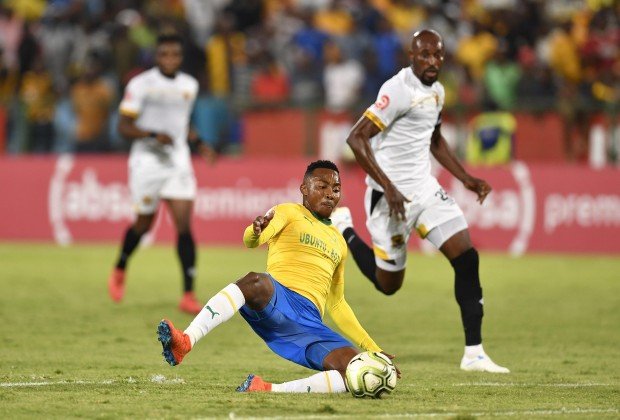 Mamelodi Sundowns made the most of their early dominance en route to a 2-1 PSL win over Black Leopards at the Thohoyandou Stadium in Limpopo on Wednesday night.

The defending champions are once again playing catch up in the league due to continental commitments but shrugged off any rust against local opponents with a commanding win.

The visitors made all the early running and were duly rewarded in the 25th minute when Themba Zwane converted from close range following some fine skill down the left lank by Jose Ali Meza. The tricky attacker was tightly marked but sprung loose to fire a ball into the six-yard box which Zwane cooly converted.

There was nothing skilful about the second for Sundowns, who had Chris Katjiukua to thank. The Leopards defender getting horribly muddled up with the Gaston Sirino through ball and poked it into the back of his net as his goalkeeper came rushing out to collect.
Sundowns comfortable leaders at the break.

Lidoda Duvha did though manage to pull one back with ever-dangerous Mwape Musonda getting his name on the scoresheet with a superb one-touch strike that left Brazilians’ goalkeeper Denis Onyango no chance.

The goal meant there were some nerves from Pitso Mosimane’s men, who had to play out the next half an hour without a mistake.

That’s exactly what they did as they calmly ran down the clock to bag an important win with a scoreline that flattered the hosts such was the dominance of the winners.

No late surprise means Sundowns remain the only unbeaten side in the league.

Sundowns are now third on the table five points behind leaders Kaizer Chiefs but with two games in hand.