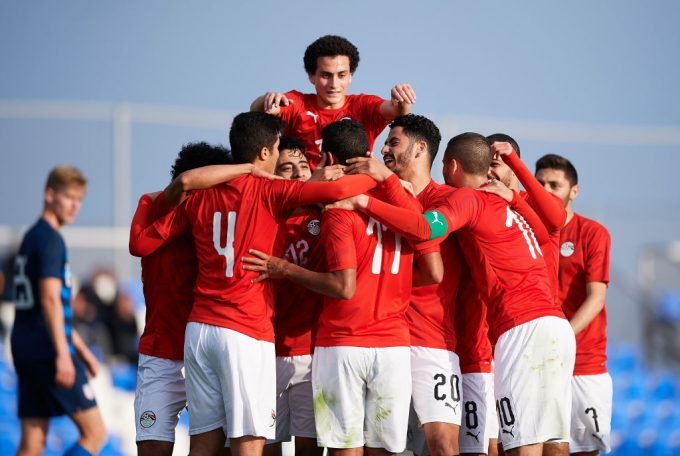 The two teams had played to a 1-1 draw in a practice match in the coastal city of Ismailia on Friday.

After going down to a 27th-minute penalty, coolly taken by captain Ramadan Sobhi after defender Keanu Cupido had brought down the same player in the box, the David Notoane-coached side took the match to the hosts creating a number of chances but was let down by some sloppy finishing.

As the visitors poured forward, they left a few gaps at the back and could have paid a heavy price when Sobhi’s half volley missed the target by inches in the 42nd minute.

However, it was the visitors’ Happy Mashiane who had a good chance on the stroke of halftime but hit his effort over the bar from inside the box.

After the pep talk at the break, South Africa literally camped in Egypt’s half but again a tale of timid shooting let them down once more.

Thabo Monyane had a good chance in the 46th minute but failed to finish off a sharp chance he fashioned.

With wave after wave of attack, something was bound to give in and Phakamani Mahlambi forced an Egyptian defender to handle in the box leaving the referee with no option but point to the spot.

And to sum up South Africa’s day, Singh who was given the captain armband blasted his spot-kick against the upright.