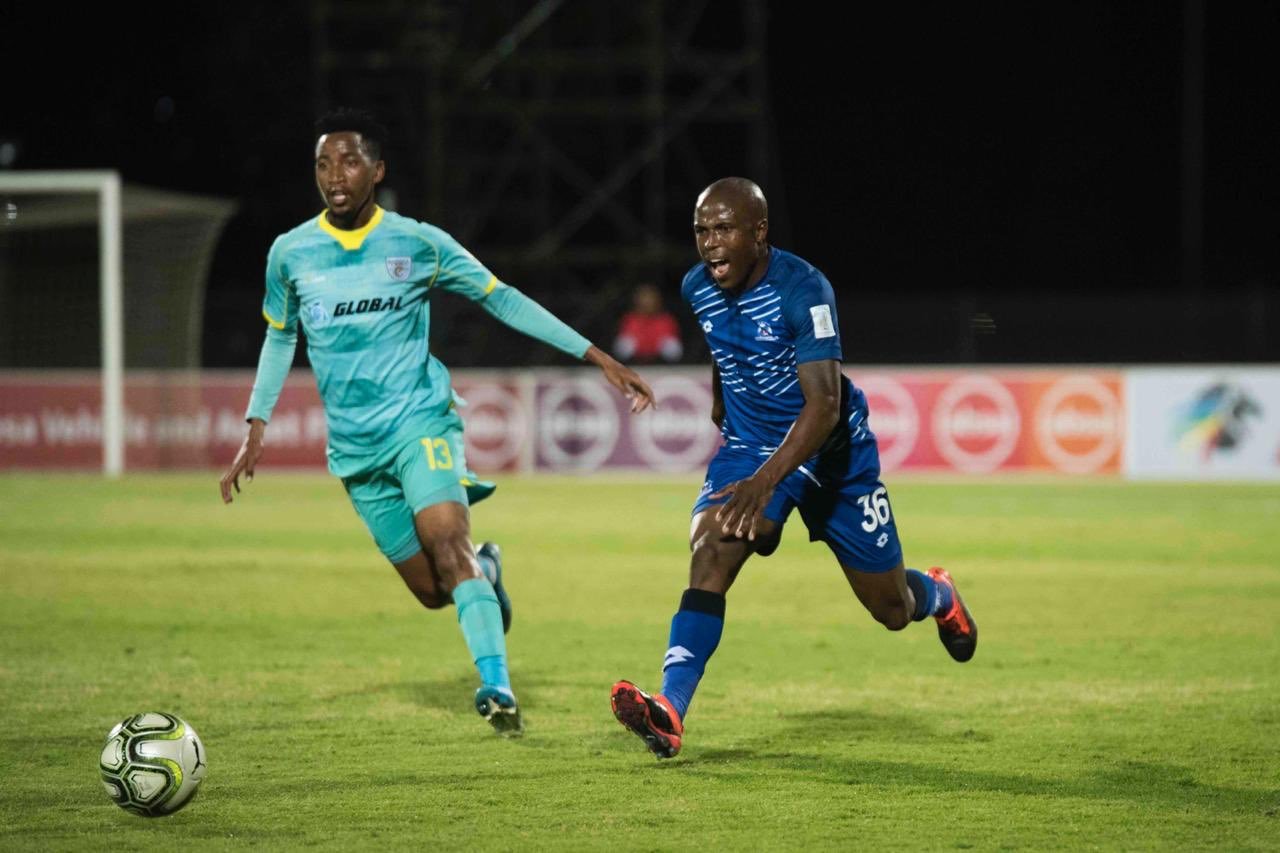 Mxolisi Kunene scored against his former club as Maritzburg United edged out Baroka 1-0 in a league encounter at the Harry Gwala Stadium on Wednesday night for what was their second win in six days.

Kunene netted in the 51st minute of a tightly contested match to give the KwaZulu-Natal side a second consecutive win following Friday’s 1-0 victory over Chippa United.

The opening half belonged almost entirely to the visiting side as they pressed ceaselessly for a breakthrough.

The first big chance of the game came in the 16th minute, with Baroka unlucky not to score after Matome Mabeba crossed for Richard Mbulu, who struck the crossbar from 10-yards out.

With Maritzburg looking off the pace, more chances followed for the Limpopo side with Mbulu dragging a shot agonisingly across the face of goal, before home keeper Richard Ofori had to be bailed out by his defence after Manuel Kambala’s header had left him stranded.

Tshediso Patjie also went close with a curling effort and Vusi Sibiya sent a header just wide as the Team of Choice remained on the back foot.

However, the hosts did at least end the half well as Kunene had a shot deflected wide of goal, Rushine de Reuck went close with a header and Thabiso Kutumela directed a header straight at goalkeeper Elvis Chipezeze.

Maritzburg were to drive home the advantage five minutes after the break when after a mazy run in which he beat three defenders, Kunene’s not overly-convincing shot managed to squeeze over the line.

Baroka could have hit back moments later when Martin Nsimbi was given acres of space in the box, but he was just off-target with his shot.

At the other end, chances came and went for Maritzburg to score a second as Chipezeze denied Kunene before Judas Moseamedi turned the 76th-minute shot just past the right upright after Kutumela’s ball into the box.

That however proved to be the last major goalmouth action as the hosts saw out the remainder of the game without much issue to record maximum points.